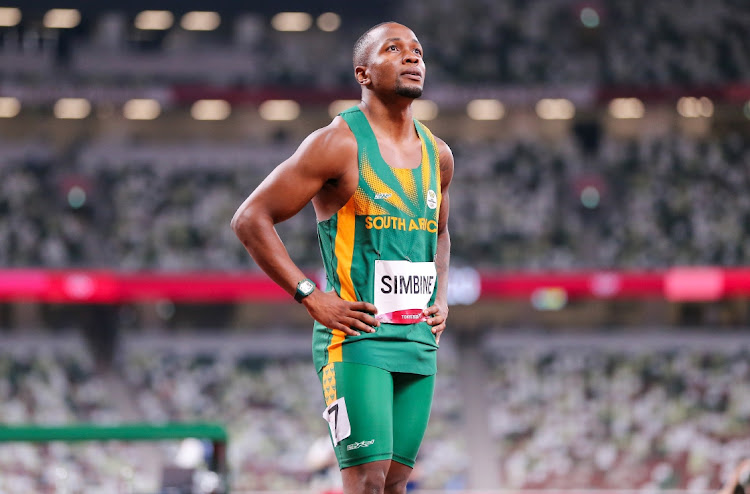 Akani Simbine lost his African 100m crown to Kenya’s Ferdinand Omanyala in Mauritius on Thursday, but organisers had to measure the gap down to three-thousandths of a second to wrest it from him.

Omanyala had the slightest of leads over the final metre, but Simbine delivered the better dip on the line at the Cote d'Or national sports complex in Saint Pierre.

It was impossible to determine the winner with the naked eye and the two men walked arm in arm after the race as they waited a few minutes for the result to come through.

The result gave Omanyala a 3-0 lead in head-to-head contests over Simbine, but the gap was the closest yet and will surely give the South African a measure of confidence as he heads to the world championships in the US next month and the Commonwealth Games in Birmingham, where he will attempt to defend that 100m title against Omanyala in early August.

Fellow South African Henricho Bruintjies took bronze in 10.01, just two-hundredths of a second ahead of Raymond Ekevwo of Nigeria.

Defending champion Akani Simbine will attempt to retain his African 100m crown in Mauritius on Thursday, but he’ll have to beat Kenya’s Ferdinand ...
Sport
2 months ago

In other early action from the wind-swept second day of the continental showpiece, where poor conditions delayed some events and hampered others, Carina Horn finished third in the women’s 100m in 11.14, behind Gina Bass of Gambia in 11.06 and Nigerian Moumouni Aminatou in 11.09.

Tuks prospect Marioné Fourie finished third in the women’s 100m hurdles, behind Tobi Amusan of Nigeria and Liberia’s Ebony Leea Morrison. The first four runners were all inside 13 seconds.

Antonio Alkana, the defending men’s 110m hurdles champion, had to settle for bronze this time around.

Caster Semenya, who has won African titles at 400m, 800m and 1,500m over the years, ended sixth in the 5,000m, more than a minute behind winner Beatrice Chebet of Kenya.

For gold SA had to look to the field, where Werner Visser and Victor Hogan took the top two spots in the men’s discus, trading places on the podium from 2018.

Cheswill Johnson took silver in a men’s long jump final where no competitors cleared 8m, and Shannon Verster ended second in the women’s heptathlon on 5,329 points.

Yvonne Robson finished third in the women’s high jump on count-back, clearing the same 1.79m height as the gold and silver medallists.

Both of SA’s men’s and women’s 4x100m relay teams advanced to the finals.

The meet ends on Sunday.

Adriaan Wildschutt ran road races for pocket money as a youngster growing up in the Western Cape farming town of Ceres, but SA’s newest distance star ...
Sport
2 months ago

Akani Simbine had to settle for fourth spot in his first race abroad, although he clocked a 10.06sec season’s best at the Golden Spike meet in ...
Sport
2 months ago