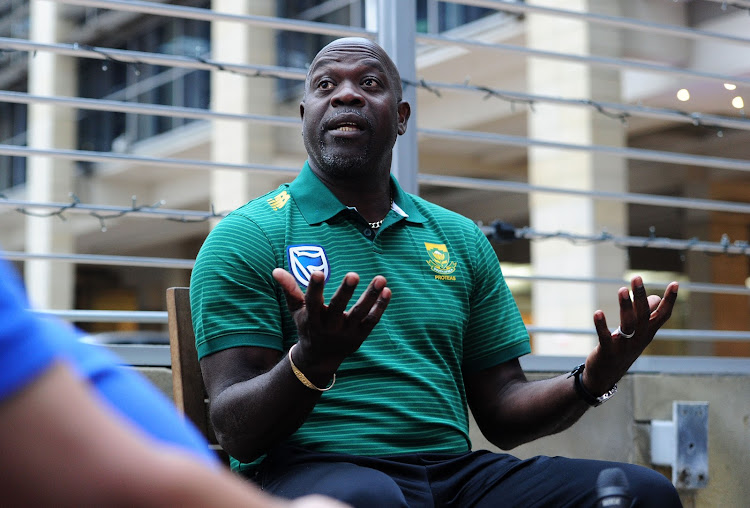 With England making a tall chase of 359 against Pakistan in Bristol on Tuesday evening look like a walk in the park‚ the focus has again shifted to how South Africa will handle the World Cup hosts' red-hot batting unit at the end of the month.

This is the headache facing Proteas coach Ottis Gibson‚ but the Barbadian hasn't lost his sense of optimism ahead of the May 30 tournament opener against the hosts at The Oval.

England may have deprived themselves of Alex Hales because of his disciplinary issues but strength in depth has been a hallmark of the Trevor Bayliss regime.

Gibson though said England have the most pressure to deal with because of being hosts and favourites.

“England are the favourites and everybody is talking about them‚" he said.

What will Imran Tahir do after the World Cup‚ considering he’s 40 and will be out of contract with Cricket South Africa?
Sport
2 years ago

"I recall James Anderson saying that England will have to do something terrible for them not to win the World Cup‚ which is good for them.

"They are still playing well and they've got something good for them going.

“We're looking forward to playing in the opening game.

"They're the number one team‚ they're the favourites in their own home country and playing them in the opening game is great for us.

"That'll give us a feeling of where we're at as a team.

"We've got nothing to lose and if we have a good outcome‚ I guess it puts pressure on them for the rest of the tournament and we can relax a little bit.

Was a request for SA players' early IPL return made or acted on?

South Africa wanted key players back early from the Indian Premier League (IPL) to prepare for the World Cup‚ but were bullied into backing down.
Sport
2 years ago

"We know what we're up against and we've already spoken as to how we'll approach the game. We're happy to fly under the radar.”

The fitness of South Africa's strike bowlers in Kagiso Rabada and Dale Steyn has been a going concern.

The fast bowlers did well for their respective Indian Premier League teams but both missed the back-end of the tournament with back and shoulder injuries respectively.

Gibson though said they should be ready for the England game.

"There's nothing there for people to be alarmed bout and I think they'll be able to take their places in the World Cup‚” Gibson said.

The plus side of the IPL was the batting form displayed by Quinton de Kock and Faf du Plessis for the Mumbai Indians and the Chennai Super Kings respectively.

While Anrich Nortje has again been struck down by an unfortunate and untimely injury‚ all eyes have shifted to the immediate and pressing concern ...
Sport
2 years ago

The top-order duo carried South Africa during the summer and with Hashim Amla's extended form dip being another worry‚ they'll be expected to carry on from where they left off in India.

Imran Tahir's bowling has also emboldened Gibson‚ who can sleep easier knowing he has a platform to work with.

“You want guys to be coming in with form‚" he said.

"However‚ he had a very good IPL and made a lot of runs.

“We've got those guys on form and that means from a performance point of view‚ you've got guys coming in with confidence‚ which is what we need.”