Hashim Amla ‘hungrier than ever before’ on eve of World Cup 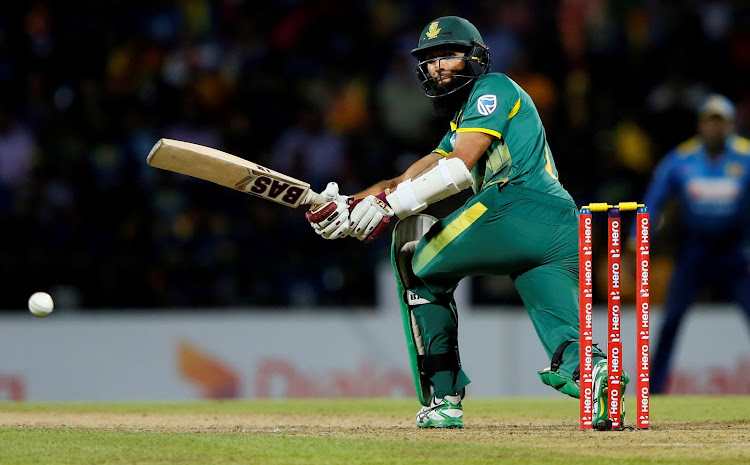 Senior Proteas batsman Hashim Amla is approaching his possible ODI swansong at the ICC World Cup in England with the hunger of a wide-eyed rookie.

The long-time premier top order batsman for South Africa is approaching the tournament on the back of recent poor form and inactivity‚ but says he remains hungry to show that there are still runs left in his bat.

“I am hungrier than ever before‚ there is no doubt about that‚” the 36-year-old said upon arrival in England where they are preparing for the opening match against the hosts at the Oval on May 30.

“I have been blessed to have this shirt for a while but the time off has made me want to come back stronger. Things happen that you don’t anticipate and I did not anticipate how things have gone recently.

“But I am a firm believer that when something happens‚ there is some good in it. I have had time away and now I am really looking back to wearing the green and gold again.”

Amla is one of the experienced players for the Proteas at the tournament with almost 8‚000 runs and 27 centuries in ODIs‚ and he is determined to erase the bitter memories of 2011 and 2015 where they exited in the quarter and semifinal stages.

“This is my third [World Cup]‚ so I know what it is all about. I have a strong record in England and I have always enjoyed coming here‚” he said.

India‚ England and Australia are favourites to win the tournament and Amla said it’s good that there is not too much attention on the Proteas going into the opener against England.

“It is the best first game we could have asked for. We have played England recently and had some success against them‚” he said.

“I have done well against them too. This year‚ you don’t see the same big names and that is why the focus is not on us but that has some good in it.

“There has not been much chat about us winning in comparison to the past but I don’t think that played a part in how we performed. At the end of the day‚ we always gave our best and played to win.

“The fact that there has not been a lot of chat at this World Cup means there is less expectation‚ but in the team we think we can do well.”

Hashim Amla's attempt to force his way into the Proteas starting line-up for the Cricket World Cup opening match against England could decided by the ...
Sport
2 years ago

With England making a tall chase of 359 against Pakistan in Bristol on Tuesday evening look like a walk in the park‚ the focus has again shifted to ...
Sport
2 years ago