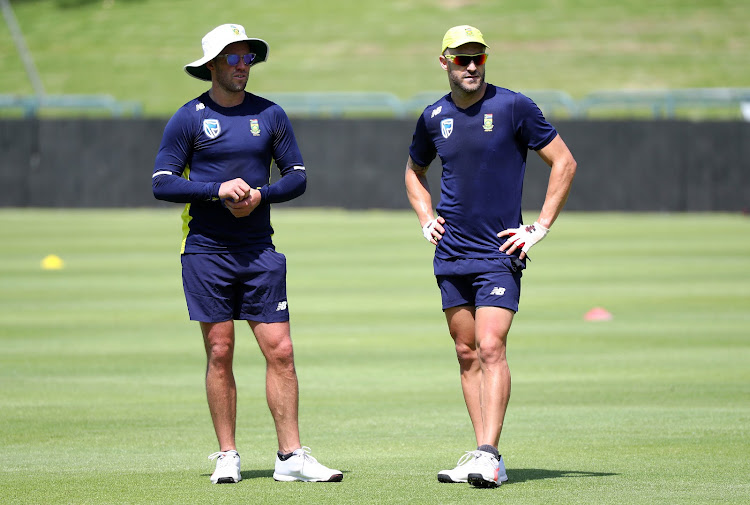 Days after it emerged that AB de Villiers wanted to play in the Cricket World Cup‚ the story continues to dog South Africa’s campaign.

It was the major subject of Ottis Gibson’s press conference in Southampton on Saturday‚ and came up again when Faf du Plessis spoke after the match against West Indies there on Monday.

Kagiso Rabada was asked about it on Sunday and Dale Benkenstein on Tuesday.

And yet the details remain messy and the facts vague — not least because De Villiers himself has limited his comment on the issue to a single‚ unhelpful‚ glib tweet that said nothing of substance.

Not so the cricket world‚ which has been agog with interest in the saga.

South Africa’s players‚ then‚ would be forgiven for being preoccupied‚ but batting coach Benkenstein bristled at the thought.

“The batters are not thinking about AB‚” he said.

“They’ve got enough to think about.

“They’re here and they all deserve to be here. This is their story and they’ve got to put it right.

Cricket South Africa selection convenor Linda Zondi said on Thursday they have no regrets in turning down an approach from retired batsman AB de ...
Sport
3 years ago

The ABgate affair cannot be dismissed so easily‚ not least because it is driven by human dynamics.

Du Plessis and De Villiers have been friends since primary school‚ but various sources have told TimesLIVE that their relationship has ebbed.

One extremely well-placed figure abruptly terminated the conversation when asked whether the pair remained on good terms.

So it came as a relief on Monday when Du Plessis said‚ “AB and I are still friends. This incident has not changed that. This is a small thing for a friendship that goes so way back.”

At least‚ Du Plessis was quoted as saying so in a WhatsApp message sent to the travelling South African press by team management.

Those reporters — this one included — had to rely on that kindness because they neglected to ask Du Plessis first-hand at his press conference earlier on Monday.

When De Villiers shocked the world with his international retirement on May 23 last year‚ he and Cricket South Africa (CSA) agreed informally that he could come back.

That’s nothing special: retired players are entitled to unretire.

But usually they have to follow the rules‚ and in De Villiers’ case that meant playing in South Africa’s home series against Sri Lanka and Pakistan in January and March.

He did not‚ choosing instead to feature in T20 tournaments in Pakistan and Bangladesh.

De Villiers discussed a possible return with Du Plessis during the early stages of the Indian Premier League‚ which started on March 23 — even though by then he had rendered himself ineligible for selection.

SA's World Cup further down the drain after Windies washout

South Africa’s bid to reach the World Cup semi-finals is hanging by a thread after their match against West Indies was washed out in Southampton on ...
Sport
3 years ago

Du Plessis and Gibson were in contact with him at various stages of the back and forth‚ which ended when selection convenor Linda Zondi made clear that De Villiers had shut the door on himself.

Had South Africa made a good start to the World Cup‚ the De Villiers story would have been of little import.

But it broke the day after they had suffered their third loss‚ to India‚ and the inference was clear: what difference would De Villiers make?

Not a lot‚ history suggests. He played in three World Cups‚ four Champions Trophies and six editions of the World T20 — and captained South Africa in five of those 13 tournaments — and never took his team to a final‚ much less a trophy.

That’s not to say South Africa couldn’t use his services at the World Cup‚ what with them adding a washout against West Indies on Monday to their three defeats.

Their hopes are fading fast‚ but not the De Villiers story.