SA stuck in the box in Vizag 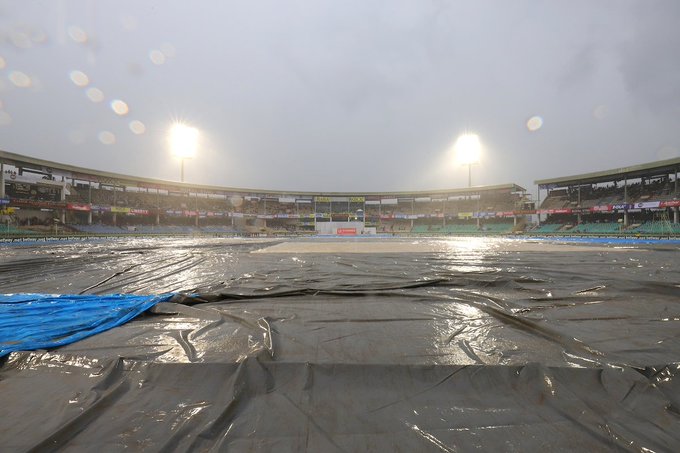 “Gotta think outside the box here‚” Dale Steyn posted on social media as bad light followed by rain closed in on Visakhapatnam on Wednesday.

By then India had sidled to 202 without loss on the first day of their men’s Test series against South Africa.

Easy for Steyn to say.

He didn’t have to bowl any of the 59.1 overs South Africa’s attack sent down on a pitch that‚ when the television cameras glided over it‚ looked like the craggier parts of outer Afghanistan.

The champion fast bowler‚ now retired from Test cricket and all that‚ was comfortably far away.

How his team could have used his insight to find the sides of that box on their way out of it. Instead they are stuck in the middle without him.

You could see inside South Africa’s heads in their decision to deploy all three of the specialist spinners in their squad. 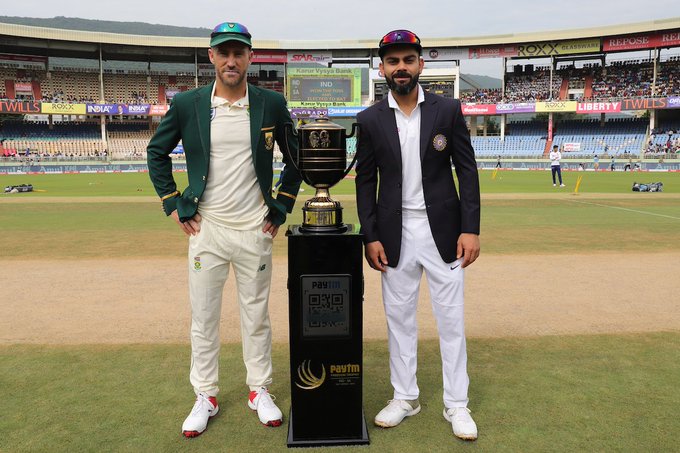 Keshav Maharaj‚ Dane Piedt and debutant Senuran Muthusamy bowled 35 of the day’s overs — a mite less than 60% — but had as little success as Vernon Philander and Kagiso Rabada‚ the only seamers the visitors picked.

“At training [on Tuesday] we saw the wicket was quite dry and we might go in with the option of three spinners‚” Muthusamy told reporters in Vizag after the early close.

“It seamed a little bit for the first 20 minutes‚ half-an-hour. It was a bit soft and tacky‚ so it gripped. But it flattened out as the game progressed.”

India’s approach was apparent from their move to send Mayank Agarwal and Rohit Sharma to open the innings.

Agarwal has taken guard at the top of the order in all of his previous seven innings‚ but none of those were in India.

Sharma had batted everywhere from No. 3 to 6 in 47 trips to the crease‚ but never opened.

Talk about thinking out of the box. It was the first time since December 1972‚ when Sunil Gavaskar and Ramnath Parkar began the innings against England in Delhi‚ that India sent to the crease together two players who had never opened at home.

That mattered little‚ what with Agarwal lashing the third delivery of the match‚ bowled by Philander‚ through backward point for the first boundary and Sharma playing far from his body and with minimal foot movement to send Rabada’s second effort flying through point for another.

And so on and so forth for much of a day’s play that ended with Agarwal 84 not out and Sharma 115 and going strong. Neither offered a genuine chance.

The flinty‚ disciplined Agarwal‚ playing his fifth Test‚ improved on the 77 he made against Australia in Sydney in January as his career-best score.

Sharma has had more than twice as many T20 innings for India as he has had Test knocks‚ and the way he played — with verve and nerve‚ and not a little skill — gave fogeys old and young something to think about.

On another day‚ given a smidgen more help from the surface‚ the seam movement Philander found might have helped him take a quiver of wickets. 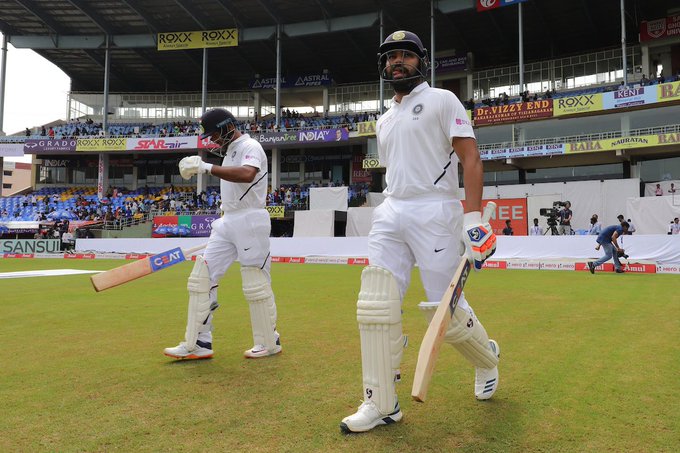 Indian openers walk onto the field to bat.
Image: @BCCI/Twitter

Instead‚ Sharma‚ in particular‚ showed impeccable judgement of the exact location of his off stump and left adeptly.

“They dealt with what we delivered quite well‚” Muthusamy said. “A few balls went in the air and there were a few inside edges and plays and misses here and there‚ but they batted really well.”

Muthusamy was confident the pitch would take turn as the match moved on‚ and that other bowlers would aid his cause by causing wear and tear in key areas on the pitch.

“I feel like left-handers complain all the time‚ but it’s a terrific challenge to bowl into the rough‚” he said‚ no doubt with fellow left-armer Maharaj in mind.

True. Thing is‚ another specimen of the sinister style of slow poisoner‚ Ravindra Jadeja‚ knows that‚ too.