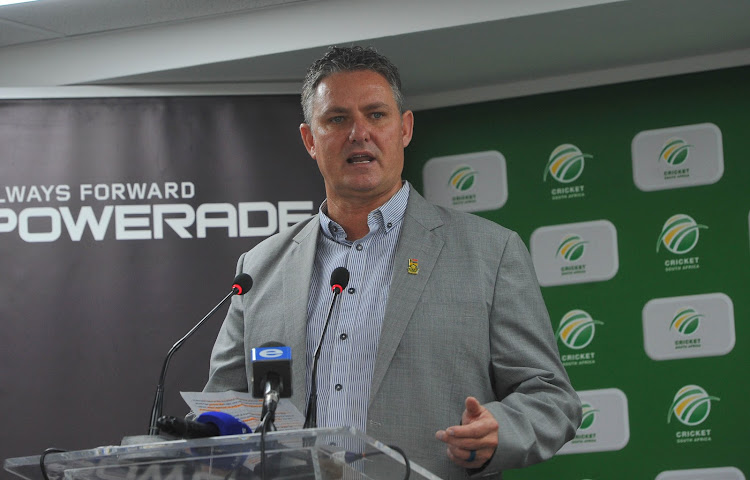 Acting Cricket SA chief executive Jacques Faul says the federation has not been too badly affected financially by the coronavirus outbreak that has put a hold on sporting events worldwide.
Image: Sydney Mahlangu/ BackpagePix

Cricket South Africa’s acting chief executive officer Dr Jacques Faul is confident that they will be able to buck the finance cuts that are enveloping sports around the world.

Sport around the world has been put on hold due to the global coronavirus (Covid-19) pandemic.

In Australia‚ contract negotiations for the elite players are being held up by the virus as Australia’s government has stringent measures in place for gatherings.

Organisations within Australia’s cricketing system are feeling the pinch‚ with the South Australia Cricket Association freezing appointments such as replacing their departed head coach Jamie Siddons while reducing their staff complement.

New Zealand Rugby and its blue-chip players are also bracing themselves for a pay cut because of the coronavirus and the halting of live rugby.

But Faul insisted that Cricket South Africa (CSA) is covered for this season.

“Since we’re in a centralised system‚ we’ve budgeted the amounts and all the Proteas and the franchise players have been budgeted for. At this stage‚ we have enough capacity to see us through to next season. Where players would lose out is on match fees at international level and winning bonuses‚” Faul said.

“In terms of the memorandum of understanding‚ that money goes back into the pool and the players will benefit from it. If the tours are rescheduled‚ they’ll receive the money.

"In the long term‚ even if we cover this season‚ we’ll have to look at what’s going to happen post the season and how much money will be available to contract players.”

Faul‚ though‚ said what happens beyond the 2020/21 season is difficult to predict as the virus has shown no signs of slowing down.

“We’re doing scenario planning for various time frames‚ but we have to crunch the numbers first and experience Covid-19. However‚ there is the reality of lesser payments for players‚” Faul said.

“I can’t see any players getting less than what they’re contracted for. In terms of the allocation going to players‚ there’s a likelihood of this being less.”