Proteas women’s coach Moreeng: 'I didn’t even know I’m the most senior black African coach in the system' 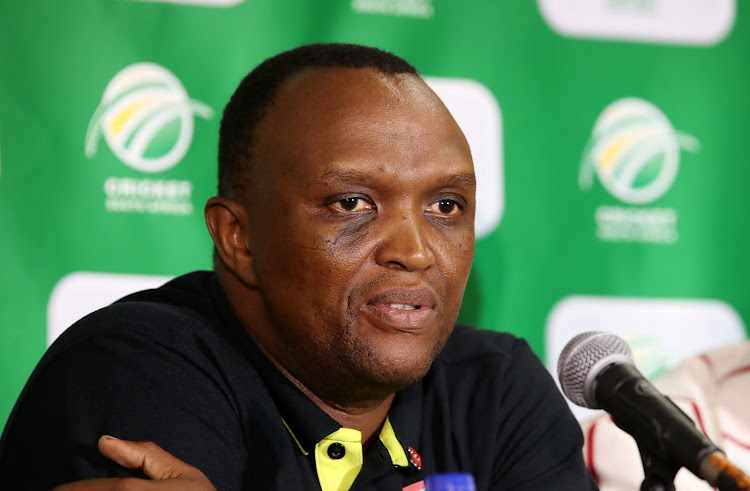 Hilton Moreeng will continue as the Momentum Proteas team director for the next three years.
Image: Muzi Ntombela/BackpagePix

It wouldn’t have made sense for CSA’s director of cricket Graeme Smith not to re-hire‚ especially with the turnover of the women’s national team and the success they’ve enjoyed at international level.

In two of their past three International Cricket Council (ICC) engagements‚ they were semifinalists in the 2017 World Cup in England and in this year’s T20 World Cup in Australia.

They’ve also booked their place for next year’s World Cup in New Zealand.

While Moreeng‚ who’s been rewarded with a three-year contract‚ has always had a talented team at his disposal‚ he’s personally overlooked the development of the women’s team and its transformation from makeweights to genuine title contenders.

Information critical of the Cricket South Africa (CSA) board that was handed over to Fundudzi Forensics Services in May appears to have been omitted ...
Sport
2 years ago

The 42-year-old Moreeng‚ while not as emotive as Michael Holding and Ebony Rainsford-Brent were on Sky Sports in the build-up to the first Test between the West Indies and England in Southampton‚ understood the significance of the Black Lives Matter movement and what it means for his team.

“I didn’t even know that I’m the most senior black African coach in the system. It’s not something I look at when I work.

"When you get an opportunity‚ you try to make the most of it.

"There are young coaches that we share experiences with‚ but it’s about making sure of making the best of the opportunities.

"Where I am now‚ it’s also about helping young coaches to aspire to their goals and to be where you are. It’s not an easy journey and it requires dedication‚” Moreeng said

“The team is currently training individually.

"Once we get together as a team‚ that’s something we’ll sit down and discuss. It’s something that we take seriously‚ especially here in South Africa.”

Smith said they’ve been aware of what has been taking place in the world with regards to the Black Lives Matter movement‚ but whether they’ll be able to do something for the movement in next week’s 3Team Cricket Solidarity Cup fixture in Centurion will remain to be seen.

“We are aware of what’s going on around the world. Lungi Ngidi answered it very well this week when he said we’re all in our own little pockets‚" he said.

The much-anticipated return of international cricket after almost four months was, almost predictably, delayed by rain on Wednesday as the start of ...
Sport
2 years ago

"It’s very important that we come together when we’re together and figure out how what we can do in the black lives matter movement and we can be effective in doing that.

"There certainly has to be something done‚” Smith said.

“It’s important to have full investment and buy-in. The discussion and how we handle it is important.

"We have the 3Team cricket tournament that’s approaching and we’re doing a lot for charity.

"That’ll be our first occasion with the Black Lives Matter movement.

"We’re discussing various ways of handling it through‚ but the kit has gone to print already‚ so we need to figure out how we’re going to be effective about it.”

Laura Wolvaardt has said that the Momentum Proteas have put in a lot of work over the last couple of years in preparations for the ICC Women’s ...
Sport
2 years ago