‘Hurt’ Smith responds to Tsolekile: ‘I was never in charge of selections’ 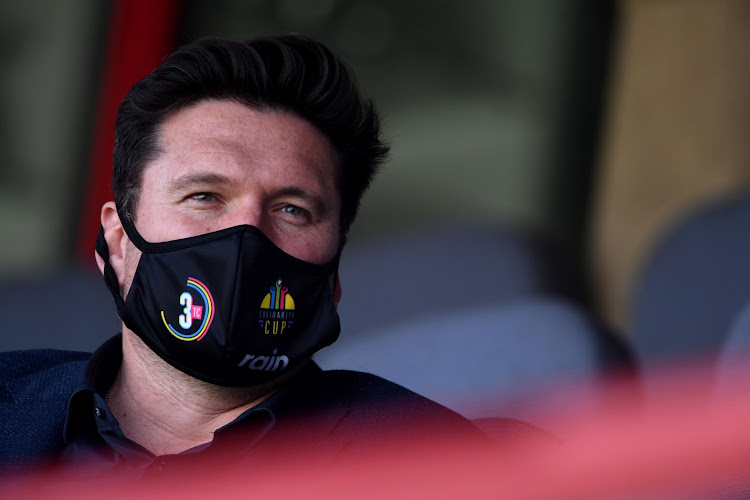 Cricket SA director of cricket and former Proteas captain Graeme Smith says he was never in charge of selection during his long leadership tenure‚ but was also hurt by accusations made by former provincial and national teammate Thami Tsolekile in a radio interview on Tuesday.

Smith took to Twitter to respond to Tsolekile’s claims that he was deliberately sidelined when he was the national team’s reserve wicketkeeper and not getting an opportunity to replace long-time incumbent Mark Boucher.

Boucher‚ who was forced into retirement during the 2012 tour to England because of an eye injury‚ has since become the men’s national team coach.

Tsolekile was on tour with the team‚ but AB de Villiers was handed the gloves‚ a role he continued in across all formats until the emergence of Quinton de Kock.

“I should emphasise that I was never in charge of selections. I had an opinion as captain‚ but the casting vote was with the coach and the selectors‚” Smith said.

My side of the story pic.twitter.com/8xEhfA7m7h

“In the 2012 tour that Thami alluded to‚ there was a whole panel of selectors. Thami was the reserve wicketkeeper to AB de Villiers and this was communicated to him on both the England and the Australia tours by Gary Kirsten‚ which was previously acknowledged by Thami.

“Unfortunately‚ Thami was a wicketkeeper‚ which meant he was always only fighting for one position. I can understand how frustrating that must have been and there have been many excellent wicketkeepers who South African cricket never saw on an international stage because keepers tend to stay in a team for long periods of time.”

At the time‚ Tsolekile was the best-performing domestic wicketkeeper after moving from the Cape Cobras to the Lions. However‚ he wasn’t able to add to his three Tests played in 2004‚ also under Smith’s leadership‚ when his game significantly improved between 2009 and 2014.

During Tuesday’s interview on Marawa Sports Worldwide‚ Tsolekile questioned Smith’s awareness on critical issues while he was in the team. Tsolekile is currently serving a 12-year ban for his role in the 2015 match-fixing scandal.

“Were you [Smith] also not aware that during my time with the Proteas under your leadership‚ AB de Villiers said: ‘I don’t want to be a keeper‚ I want to become the best batsman in the world’‚” Tsolekile said on the show.

“Boucher was injured in 2012 and there was my opportunity to play. Everyone was saying that‚ ‘Tsolekile should play’. Everyone wished me luck in terms of playing. AB plays as a keeper but he said he wanted to be the best.

“There were red flags and you weren’t aware. Were you not aware that I was the best keeper-batsman in the country from 2010 to 2015‚ but was continuously overlooked.

@ABdeVilliers17 said he had back problems & wanted to concentrate on being the best batsman, Boucher gets injured jiki jiki AB is able to keep. Maybe you can fool some people but we see thru the lies you are spinning. Some of us don't buy your story.

“Were you also not aware that I was the only player with a two-year contract who didn’t get a chance to show his talent?”

CSA's director of cricket Graeme Smith: 'The narrative of a clique taking over is unfair'

Cricket South Africa's (CSA) director of cricket Graeme Smith has defended his appointments of former long-time teammates in key positions within the ...
Sport
1 year ago

South Africa’s director of cricket Graeme Smith does not expect the national team to be back in action until November at the earliest and confirmed ...
Sport
1 year ago

The distressing tales that have emerged in recent days from black cricketers detailing how they have been treated by "teammates", coaches, ...
Opinion & Analysis
1 year ago