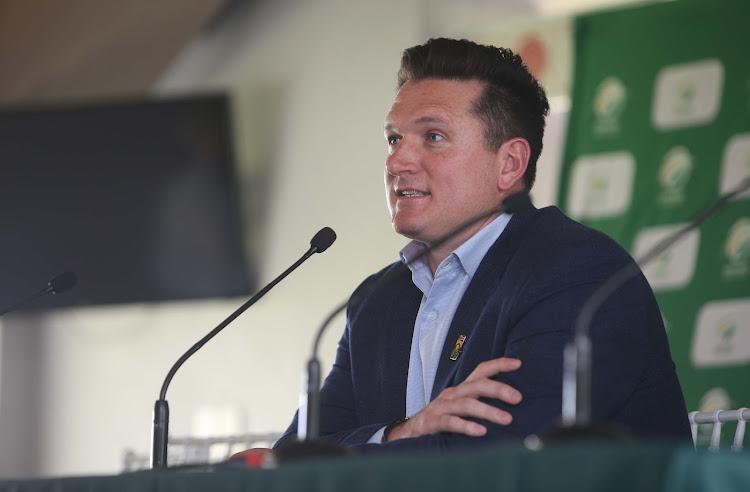 Cricket South Africa’s director of cricket Graeme Smith broke his silence with regards to Makhaya Ntini’s comments last month, saying that he was taken aback by them.

Ntini, the first black African Test and ODI cricketer to represent the Proteas since 1991, relayed his experienced in an interview on Morning Live last month where he said felt lonely for the best part of his career.

Smith said there could have been a lack of awareness from his side that could have informed his lack of action at the time.

“I was taken aback by Makhaya’s stuff. I played with Makhaya and I never thought of him as a silent person. When I got into the environment, he was a senior player already. In my conversations with him as to why he ran to the ground, his explanations to me were different at the time and he never raised anything with me,” Smith said.

“Culturally, I can understand that at times, being the only black African from his walk of life must have been tough and the awareness around that is something I didn’t have. I’ve considered that and in 2010 when we opened the channels for sharing in the culture camps we had there, it was a really powerful experience for me.”

“There were some elements that really surprised me, so we’ve got to own, listen and be part of the solution going forward. Makhaya’s son going through the system and it’s important that no know feels this way. Some aspects did catch me off-guard.”

Soon after Ntini’s emotional interview, the two were paired together in commentary for the 3TeamCricket game at SuperSport Park in Centurion on July 18 where they also took the knee together before the game in support of the Black Lives Matter movement.

Smith said there aren’t any hard feelings between him and Ntini.

CSA has formed the wide-ranging Cricket for Social Justice and Nation Building (SJN) project that will deal with discrimination in cricket where there will be an appointment of a transformation ombudsman to deal with matters.

There have been plenty of stories coming from players since Lungi Ngidi’s positive stance on the BLM movement and Smith said there should be lost of listening and engaging.

“No action should be taken. It’s a listening and engaging process at the moment. The ombudsman is being set up to allow the guys to share their stories. It’s important to listen, and then engage. I feel we all should be or want to be part of the solution,”

“I’m scared over one or two individual agendas but it’s about creating a better environment going forward, listening to stories, engaging with people and understanding the challenges they faced. I certainly wasn’t aware and wasn’t made aware, so I’m looking forwards to these engagements.”