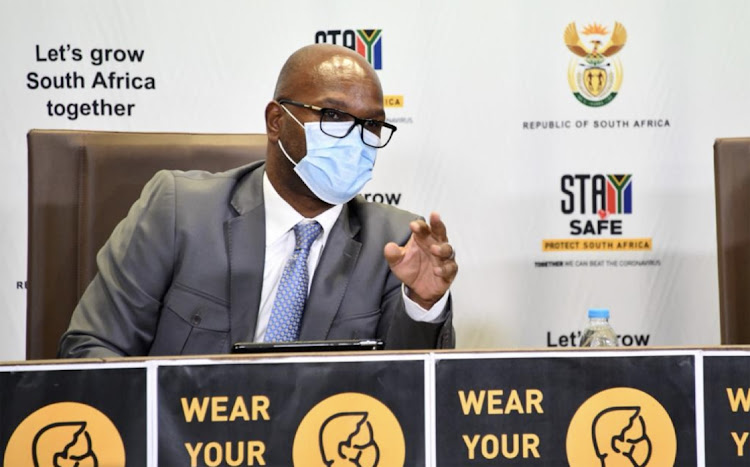 Sports, arts and culture minister Nathi Mthethwa is threatening to invoke section 13(5) of the Sports Act over matters at Cricket SA.
Image: GCIS

Sports minister Nathi Mthethwa threatened to unleash his might on Cricket SA's members' council at the weekend.

Mthethwa made this threat in a statement on Sunday and said that he was left with no choice but to invoke his powers in terms of section 13(5) of the Sports Act. This was the day after  the members' council‚ which is made up of the 14 affiliate presidents‚ voted against amendments in the memorandum of incorporation (MOI) to allow for a majority independent board and an independent chair with no affiliation to cricket.

However‚ TimesLIVE has reliably been informed that Mthethwa will not throw the book at the organisation just yet. Instead‚ the minister will extend the term of the interim board by a further month‚ in a last-ditch attempt to push for a majority independent board and an independent chair.

Insiders have told TimesLIVE that the minister cannot invoke his powers as he is hamstrung by the fact that Sascoc‚ the sports umbrella body in the country‚ is yet to receive the proposed MOI amendments‚ as is required by the Sascoc constitution.

“The minister should know by now that there will be no amendments to the CSA MOI without the involvement of Sascoc and without the approval from Sascoc‚ that’s very clear in the Sascoc constitution‚” said one of the two reliable sources who spoke to TimesLIVE.

“When it comes to constitutional changes on constitutions of any Sascoc member‚ let me read you this section 13(5). It says the minister many not intervene if the dispute or mismanagement in question has been referred to Sascoc for resolution‚ unless Sascoc fails to resolve such dispute within a reasonable time.

“So now where is the dispute? Sascoc and CSA are not in a dispute‚ yet‚ in terms of compliance. Sascoc has not even started working on the proposed CSA MOI amendments because CSA is yet to send them‚ so that takes care of the reasonable time.”

Another source said Mthethwa’s extension of the interim board’s term by another month‚ an announcement of which is imminent‚ is a sign that the minister has realised that the Sports Act prohibits him from invoking section 13(5).

“The minister has informed the members' council that the interim board’s term should be extended by a further month‚” said a second source who spoke to TimesLIVE. “It would not make sense for the minister to invoke his section 13(5) while his people‚ who are the interim board which he appointed last year‚ are still directors and are still at CSA.”

It will be for the second time that Mthethwa extends the term of the interim board.

Mthethwa imposed the interim board on October 30 last year and appointed it for an initial three months to restore stakeholder and public confidence in the organisation.

Its term ended on February 15 and Mthethwa extended it by a further two months until April 15‚ wherein he had hoped CSA would have convened its AGM.

Mthethwa said in a statement on February 15 that he had met the interim board during that week to take stock of progress made towards the completion of its mandate.

Mthethwa said having consulted the members' council‚ he was persuaded that the extension was the best decision for cricket.

The minister said in February that one of the mitigating factors for the extension was to allow the interim board to finalise ongoing disciplinary proceedings against suspended senior executives.

Kugandrie Govender was suspended as acting CEO in December along with company secretary Welsh Gwaza over allegations of misconduct.

Proceedings for both Govender and Gwaza are ongoing.

The CSA interim board followed the minister’s threats with a statement of their own on Sunday through chair Dr Stavros Nicolaou.

“The board believes that the minister was left with no option but to invoke his powers in terms of the act‚” said Nicolaou in the statement. “The board remains concerned that the impact of the members' council actions will have serious consequences for cricket's stakeholders‚ specifically grassroots cricket and sponsorship contracts.

“The minister's action must‚ however‚ now take its course,” Nicolaou said.

Minister of Sports Nathi Mthethwa has told the members council of Cricket South Africa (CSA) that they have left him with no choice but to invoke his ...
Sport
1 year ago

Powerful Indian cricket board goes into bat for Olympic inclusion

Cricket's bid for Olympic inclusion has received backing from the Indian board which said it was now keen to help the game become part of the world's ...
Sport
1 year ago

Arguably one of Cricket SA's (CSA) most pressing meetings yet teetered on the brink before descending into farce yesterday.
Sport
1 year ago

With pressure mounting and calls for him to step down from certain quarters because of the Proteas' recent poor performances, coach Mark Boucher has ...
Sport
1 year ago

Former Cricket SA (CSA) interim board member Omphile Ramela has pleaded with sports minister Nathi Mthethwa not to intervene in a meeting called by ...
Sport
1 year ago