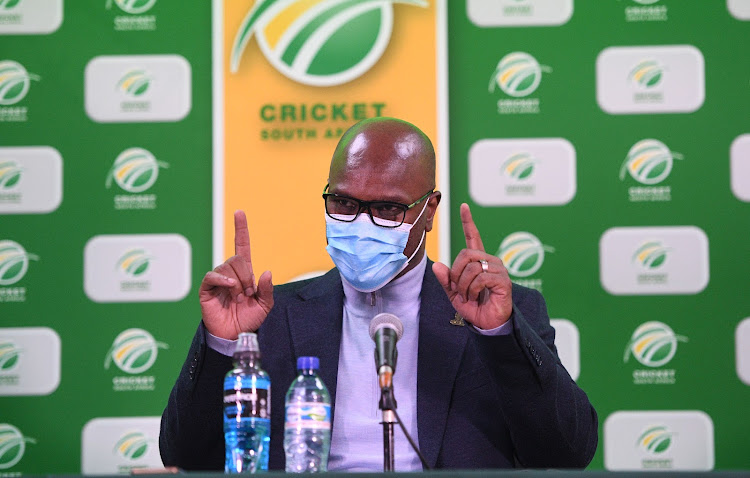 Cricket SA (CSA) held their first annual general meeting since the new majority independent board was constituted in June and has reported a R221m loss for the 2020/21 financial year.

The summary of the financial report was presented by chairperson of the CSA finance and commercial committee Mark Rayner, who said the organisation is liquid and a going concern.

Rayner reported that CSA’s revenue has plummeted from R1bn to R512m but said the organisation was pleased with how they have managed to reduce their expenditure.

“The business will reflect a R221m loss for the year,” said Rayner.

CSA is one of few organisations who have avoided salary cuts and retrenchments due to the pandemic and the R221m loss is not far off the R180m that the organisation had budgeted to lose in this financial year.

“To summarise the Covid-19 impact, the impact in income was significant. You can imagine our broadcast and sponsorship income took a knock with a lack of cricket being played.

“But we are pleased with the way the organisation has been able to react and mitigate the impact and bring the expenses down.

“We did see an impact on our broadcasting rights and sponsorships and I am pleased to say the team has seen green shots of sponsorship interest in the organisation after a difficult couple of years in this regard.

“We are pleased to provide an unqualified report and big thanks to our executive team and the auditors for their assistance in this regard.

“It has been a year of lowlights and highlights and like all the other organisations in the world we have been unable to escape the effects of Covid-19,” said Rayner.

CSA’s financial model works on a four-year cycle where money is made off tours such as India‚ Australia and England.

They don’t make that much money‚ and sometimes run at a loss, when the lesser cricket teams visit SA.

Rayner thanked the CSA executive management and staff for acting swiftly to mitigate the impact of Covid-19.

“The organisation has reacted swiftly in reducing its expenditure accordingly and our expenses have dropped from R1.2bn down to R700m.

“We have managed to try and mitigate that impact as swiftly and expeditiously as we can in response to the revenue loss.

“CSA remains a healthy organisation and a liquid one,” said Rayner.

“There still is cash in the balance sheet of R121m and, importantly, investments that will mature in the short term. So we are very close to cash of a further R363m.”

CSA’s coffers were also affected in March last year when the Proteas men’s tour to India was postponed and with England abandoning their tour of SA with three ODI’s to play, citing what seemed unreasonable Covid-19 related excuses.

The situation was worsened when Australia postponed their inbound tour last year.

“The organisation is certainly a going concern and we are comfortable,” said Rayner.

CSA board chairperson Lawson Naidoo said the board has hit the ground running and has already held 14 meetings since it came into office on June 22.

“We are single-minded in our resolve to ensure that the trust that has been invested in us is to turn around the fortunes of CSA,” said Naidoo.

“We came into an organisation that requires an overhaul and to achieve this we have had to systematically identify and dissect the weaknesses while simultaneously attending to a number of urgent matters.”

“Cricket SA in my opinion, by example and influence, has embraced its responsibility to shape the organisation into one of the foremost best practice models in so far as governance is concerned within the SA sports movement,” said Mthethwa in his address.

“Putting cricket and cricketers first is now being normalised and very soon the whole country will resume its seat among the international family of cricket nations.”

Former Proteas stalwarts Makhaya Ntini and Robin Peterson have shared contrasting views on what to expect from SA at the ICC T20 World Cup in the ...
Sport
10 months ago

The chairman of Oman's cricket board told Reuters he would have had to wave "Goodbye" to the Twenty20 World Cup had a deadly storm that ripped ...
Sport
10 months ago

All well with Maxwell ahead of Australia's World Cup campaign

Australia head into the Twenty20 World Cup with question marks over the form and fitness of multiple players but have no such worries about Glenn ...
Sport
10 months ago

Familiarity of the conditions in the case of South Africans currently playing in the Indian Premier League (IPL) is going to be valuable for the ...
Sport
10 months ago

Proteas limited-overs captain Temba Bavuma and Springboks skipper Siya Kolisi are good friends when they are not wielding the willow or chasing the ...
Sport
10 months ago

As the Proteas edge closer to the ICC Men's T20 World Cup in the United Arab Emirates (UAE) and Oman later in the month, left-arm spinner Bjorn ...
Sport
10 months ago

Temba Bavuma says batters will have a tough time in the United Arab Emirates during the T20 Cricket World Cup, from October 17 to November 14, as he ...
Sport
10 months ago