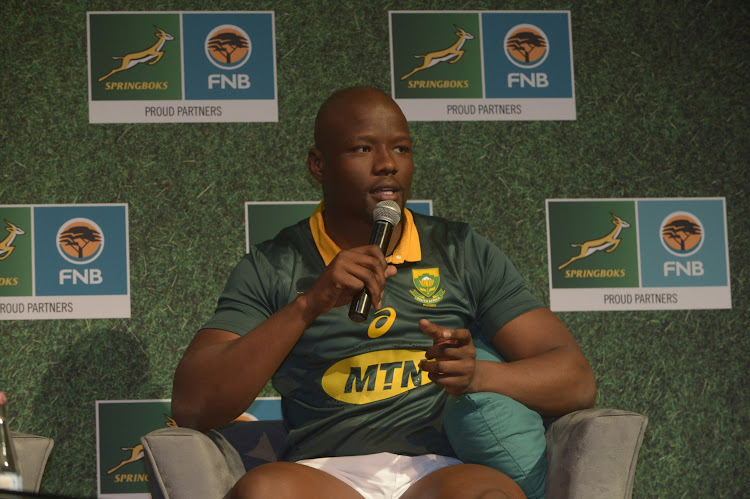 Springbok loose forward Teboho Mohoje says the Lions' excellence against the New Zealand franchises‚ despite the loss to the Crusaders on Saturday‚ will serve the Springboks well in the Rugby Championship.

The Boks start their campaign against Argentina in Port Elizabeth on August 19 before the return leg in Salta the following week.

They have trips to Perth and North Harbour to face Australia and New Zealand in September before the return matches at the end of September and the start of October against the same sides in Bloemfontein and Cape Town respectively.

Mohoje featured for a Cheetahs team that was beaten black and blue by the New Zealand sides in the Super Rugby tournament they won't part of as of next year.

The Lions beat the Hurricanes 44-29 in one of the Super Rugby semi-finals before being upstaged by the Crusaders in Saturday's final.

“The Lions results are some sort of an encouragement and we've got a lot of the Lions players in the team‚" Mohoje said.

"That'll help a lot because they've played some high intensity rugby and we're definitely looking forward to the Rugby Championship and we hope it's going to be good.”

Having beaten the French 3-0 and acquired a new sponsor in the process‚ the weight of expectation has increased on the Springboks.

They were on the receiving end of a 57-15 hammering against the All Blacks in Durban last year and while the jury is still out on whether the Boks will improve against the New Zealanders‚ Mohoje said they are in far better shape this season.

“We set the standards for ourselves against France and now we have to live up to those standards. We have to play each game like it's going to be our last.

"If that's the case‚ I've got no doubt that we'll do well in the championship‚” Mohoje said.