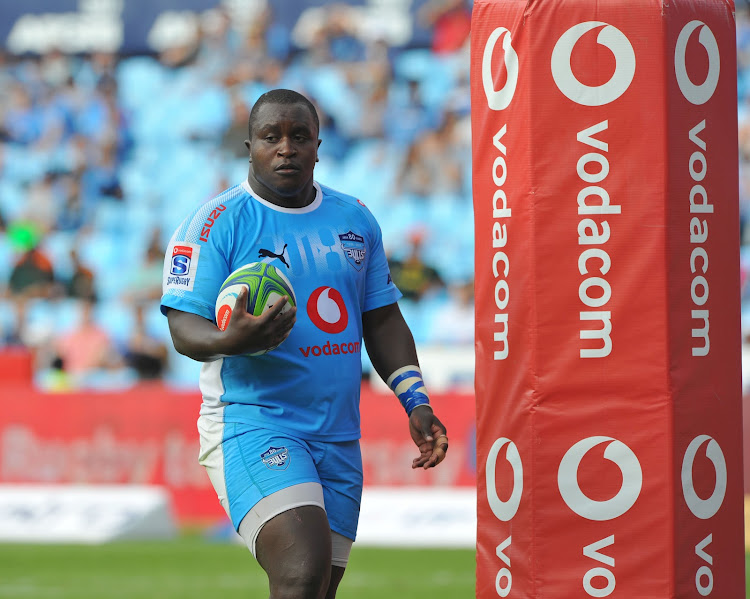 Trevor Nyakane of the Vodacom Bulls during the Super Rugby match against the Melbourne Rebels at Loftus Versfeld Stadium.
Image: Sydney Mahlangu/BackpagePix

In what is clearly a counter-measure to the scrumming mauling the Blue Bulls received at the hands of Western Province last week‚ Trevor Nyakane will start at loose-head prop for Saturday's Currie Cup semi-final against the same side at Newlands.

In the wet at Loftus Versfeld‚ the Blue Bulls scrum was torn apart by Wilco Louw in particular.

That necessitated the change from Blue Bulls coach Pote Human‚ who has realised the need to stabilise the set-piece in a knock-out game.

The Blue Bulls will need their scrum to be operating optimally‚ if not better to ward off one of the best forward packs in the competition.

“It was a tough call but I believe that Trevor is world-class loose-head even though he's a national tighthead.

"He's preferred on the loose-head even though the Boks want to play him at tighthead.

"However‚ he really wants to show South Africa what's in him‚ especially after last week‚” Human said.

Other changes Human made to the side that was humbled in the rain last week was Franco Naude making way for Dylan Sage at centre while Duncan Matthews came in for Jamba Ulengo at wing.

Human said improvement from last week's one half of rugby was a necessity for his side‚ especially because of the one-off nature of the game.

“We know that they're the favourites and they deserve the tag but we're not just going to Cape Town to finish the game. We're also on a mission and I believe we can surprise them‚” Human said.

“We had to take a good‚ hard look at ourselves and the efforts we dished up last weekend. That performance was not who we want to be as a team.”