Error-strewn Junior Boks off to winning start at World Champs 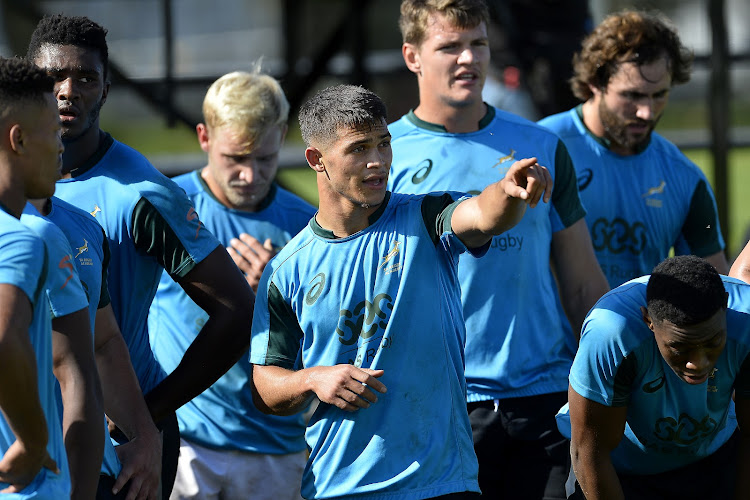 The Junior Springboks shrugged off an unacceptably high amount of errors to secure a comfortable 43-19 win over Scotland on day one of the U20 World Championships in Argentina.

Numerous handling errors‚ a misfiring lineout and ill-discipline could have undone SA against a better team‚ but they also produced moments of high quality to come away with an important five log points.

Playing on the artificial surface of the Race Course ground in Rosario‚ both teams lost their footing at times while SA were guilty of too many lapses‚ especially in the first half.

Lock Emile van Heerden‚ son of former Springbok lock Fritz‚ was yellow-carded just before half time when he pulled down a Scotland rolling maul.

A penalty try was awarded and from SA holding a comfortable lead‚ Scotland were suddenly in the game at 17-12 down at the break.

Overall though‚ there was enough evidence of a good team lurking inside these Junior Boks.

Their scrum decimated the Scottish pack while most of the six tries they scored were masterfully constructed.

Lock JJ van der Mescht had a storming game in the loose to add to his good scrumming work‚ while No 8 Francke Horn and centre Rikus Pretorius were also impressive.

Scrumhalf Jaden Hendrikse pulled the strings neatly all day‚ scoring two tries himself but also using deft inside and outside passes to unlock the Scottish defence.

It was Hendrikse’s perfect inside pass to marauding Horn that gave SA their first try after 19 minutes and re-established their early lead.

Hendrikse landed an early penalty after missing two‚ but Scotland hit the front when prop Murphy Walker barged over from close range.

Hendrikse scored after another fine move just before halftime and after the break it was the halfback that scored again to extend SA’s lead to 10 points.

But for the first hour it was a case of one step forward and two back for SA‚ as they kept making handling errors‚ or losing crucial lineouts at a time when they should have been finishing Scotland off.

It allowed Scotland to stay in the match and when Cameron Anderson scored their third try on 63 minutes‚ there was only three points in the match.

SA didn't panic though and if anything showed good composure to play deep in Scotland’s half and pile on the pressure.

Replacement scrumhalf Sanele Nohamba helped himself to a neat try after a lovely break by flyhalf James Mollentze‚ who also had an impressive outing.

On fulltime replacement prop Kudzwai Dube showed good pace when he latched on to pass to race under the crossbar to cap a strong second half by the Junior Boks and tee them up nicely for Saturday’s big match against Georgia.