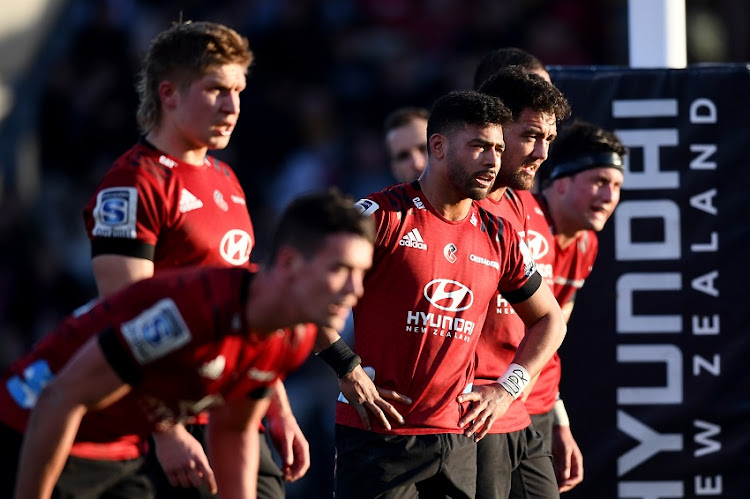 David Havili's extra-time drop goal earned the Canterbury Crusaders a 30-27 Super Rugby Aotearoa win over the Wellington Hurricanes on Sunday as Scott Robertson's side avoided losing successive games for the first time in over three years.

Havili stroked his kick between the posts at Wellington Stadium moments after the start of the additional 10-minute 'golden point' period with the clash having finished level at the completion of regulation time.

The Crusaders had suffered a surprise loss to the Auckland Blues last week and looked destined to slip to consecutive losses for the first time since March 2018.

But the win keeps the Crusaders clear of the Blues at the top of the standings while the Hurricanes are rooted to the bottom, with just one win all season.

The visitors had looked set to secure a comfortable win in the early exchanges, with the Crusaders racing into a 14-3 lead off the back of a pair of tries from George Bridge.

The winger had put his side in front with 11 minutes on the clock before adding a second 13 minutes later when a scruffy scrum resulted in the Crusaders breaking forward and the All Black sprinted over the line.

The Hurricanes refused to be overawed and Ngani Laumape reduced the deficit with a burst of speed that left four Crusaders players in his wake.

Richie Mo'unga's penalty gave the Crusaders a seven-point cushion but, from the restart, the Hurricanes' James Blackwell picked up possession before offloading for Julian Savea to score.

Jordie Barrett's conversion levelled the game, though Laumape's yellow card in the dying seconds of the half left the Hurricanes short-handed.

Despite being a man down, the Hurricanes took the lead four minutes into the second half when Wes Goosen sidestepped his way past the Crusaders' defence.

If teams are level after 80 minutes, 10 additional minutes are played with the side scoring first winning the game and Havili held his nerve as the Crusaders secured the points.

Kobus Wiese is recuperating in a Cape Town hospital after suffering a heart attack on Wednesday.
Sport
1 month ago

The Springbok coaches and the management team will start preparations for the coming international season with alignment camps scheduled in the next ...
Sport
1 month ago
Next Article