Springboks set for a titanic battle against Wales at Cardiff fortress 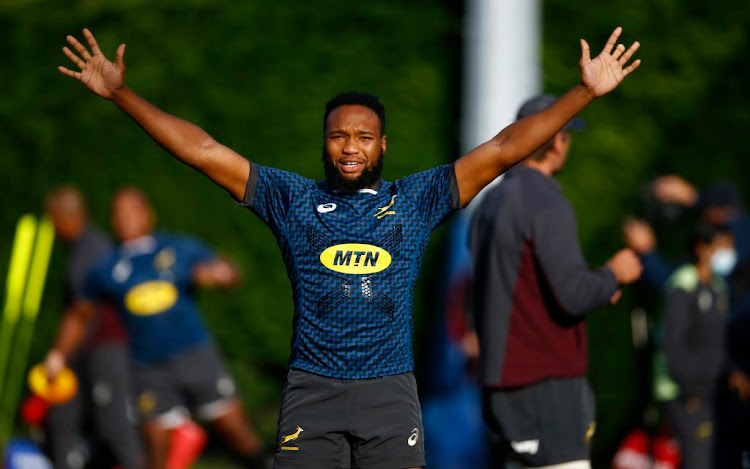 Springbok coach Jacques Nienaber expects the Welsh players to grow an extra arm and leg when they face his revamped team in front of 75,000 adoring home fans at the Principality Stadium in Cardiff on Saturday.

After suffering a heavy 54-16 defeat the hands of the All Blacks last week, the Welshmen are looking to salvage lost pride against SA.

With the Boks anxious to make a winning start to their three-match tour of the UK, the scene is set for a titanic battle between the proud northern and southern hemisphere nations.

Asked about his team's struggle in recent times to subdue Wales in Cardiff, Nienaber said: “That must go ... the Welsh team and the fortress they have here in Cardiff. Since I have been involved with the Boks since 2018, the only game that we have beaten Wales in was at the World Cup in Japan.

“I think it is just a fortress for them. The atmosphere in the stadium is tremendous and I think the fans carry them and you grow an extra arm and a leg.

“I would have if this was my home ground.

“Wales is a very proud country with a very proud team, with a rich and strong rugby tradition. That is why it is so tough to beat Wales over here.

“They are a quality side with quality coaches. It is always a nice challenge for us to play against them.”

Nienaber made four changes to his match day squad that defeated the All Blacks, with Damian Willemse, Jesse Kriel and Herschel Jantjies in the starting line-up.

Willemse, who has 14 Test caps, will earn his fourth start in the green and gold when he runs out at fullback, while it will be Jantjies’ third Test in the No 9 jersey as he pairs up with Handré Pollard in the halfback combination.

Kriel, who starts at right-wing, will earn his 49th cap.

Willemse comes in for Willie le Roux in a rotational switch, and Jantjies takes over from Faf de Klerk who was ruled out with a hip flexor injury.

Kriel replaces Sbu Nkosi, who is yet to travel to the UK as he awaits the necessary paperwork.

Jantjies’ promotion to the starting line-up sees Cobus Reinach being drafted on to the replacements bench in the only change among the reserves.

The Bulls have confirmed that experienced former Springboks flyhalf Morné Steyn has extended his contract at Loftus.
Sport
6 months ago

South Africa loose-forward Kwagga Smith says they are braced for a backlash from Wales, Scotland and England as the home nations’ British & Irish ...
Sport
6 months ago