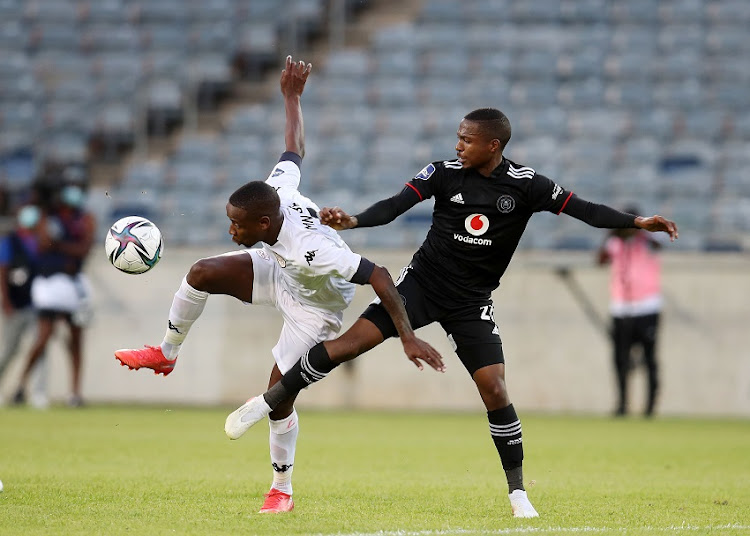 Orlando Pirates came back from a goal down in the late stages to register their first league win in five matches when they beat stubborn Sekhukhune United 2-1 in a league match at Orlando Stadium on Tuesday.

Sekhukhune led the match by a goal from Brandon Parusnath after 40 minutes, but Pirates responded with a penalty from Linda Mntambo and a  Kabelo Dlamini stunner from long range.

This crucial win has moved Pirates to sixth spot on the log standings and it will serve as a timely tonic for the Soweto derby against Kaizer Chiefs at FNB Stadium on Saturday.

For Sekhukhune, who have dropped to fifth on the log, the result has denied them what could have been a fourth successive win after recent victories over TS Galaxy, Cape Town City and AmaZulu.

There were not enough scoring chances in the opening stages until a dangerous Pirates attack after 24 minutes nearly led to an own goal by Bafana Bafana international Nyko Mibbie.

Pirates arrived in the Sekhukhune danger area with after Collins Makgaka found unmarked Tshegofatsho Mabasa whose shot came off the body of Edwin Gyimah for safety.

The earlier attack injected some life into the Pirates as a few minutes later Cheslyn Jampies had to produce a good save to block the goal-bound shot by Mabasa.

It was not only Pirates on the attack as the visitors created a few chances through Chibuke Chizu, Vusimusi Ncube, Parusnath and Tshediso Patjie but they could not find the opener.

They finally got it right after 40 minutes when Parusnath completed a delightful move by putting the ball beyond the reach of Pirates goalkeeper Siyabonga Mpontshane.

Pirates nearly drew level on the stroke of half time when the close-range effort of lively attacker Makgaka went agonisingly wide of the goalposts of Toaster Nsabata in goal for Sekhukhune.

The changes sparked Pirates into more action and Dzukamanja forced a save out of Nsabata with a close range and stunning acrobatic effort but the Sekhukhune shot-stopper was equal to the task.

Mntambo, who has been one of the best players for Pirates in recent matches, showed nerves of steel to kiss the back of the net and level matters for Pirates after 75 minutes.

A few minutes later, Dlamini produced a moment of magic with a stunning left-footed long range shot that gave Nsabata no chance and it proved to be the winner.