‘Not a true reflection,’ says Lions coach Van Rooyen after defeat to Sharks 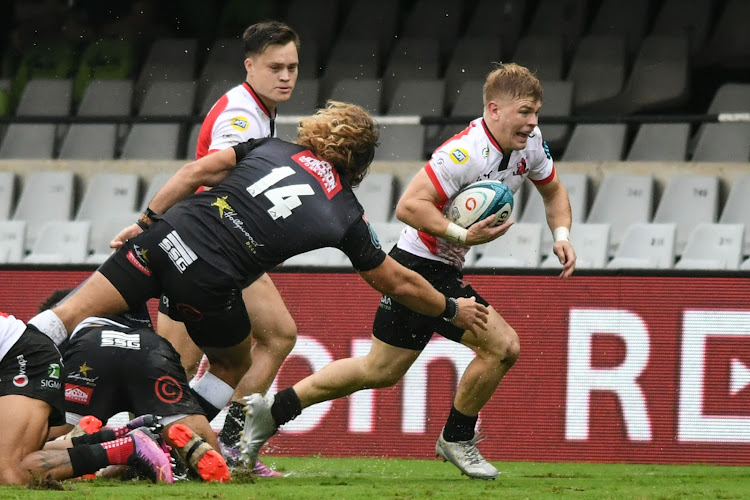 Morne van den Berg of the Lions during the United Rugby Championship match against the Sharks at Kings Park on April 9 2022 in Durban.
Image: Darren Stewart/Gallo Images

Lions coach Ivan van Rooyen says the 37-10 United Rugby Championship (URC) defeat to the Sharks is not a true reflection of where his team is and there were good lessons for his young side.

Van Rooyen saw his team's four-match URC winning streak come to an end at a wet Kings Park in Durban on Saturday. The home team played well in the adverse weather and it was no surprise as the Sharks had played in those conditions over the past few weeks.

The Lions, on the other hand, have achieved great results in dry conditions in Johannesburg and they were expected to struggle in Durban.

“I don’t think the game is a true reflection of where we are as a team, that’s probably the big part of the frustration,” Van Rooyen  said.

“The Sharks are more adept and equipped in these kinds of conditions. I think us playing against the internationals [teams] at home with the altitude and probably not this kind of rain, we are more adept for that.

“I think what we’ve learnt in the past four weeks is that with a good kicking game, good attack and defensive structure, we’ve got a lot better and more dynamic on how we want to play.”

The Sharks seem to have finally mastered playing in Durban’s terrible weather conditions after they put an end to the Lions’ red-hot United Rugby ...
Sport
2 months ago

The Lions, who managed a single try by Henco van Wyk, played most of their rugby in their own half, thanks to the Sharks’ good game management by Jaden Hendrikse and Curwin Bosch.

“There were huge lessons for our 9 [Morne van der Berg], 10 [Jordan Hendrikse] and 15 [Quan Horn],” Van Rooyen said. “I think the Sharks’ decisions on what kick and when to kick were sublime. That was one of the reasons we spent a lot of time in our own 30 metres.

Unfortunately, the weather in Durban didn’t allow the Lions to bring speed and excitement to their game, but Van Rooyen is confident they will be able to do that in their last two home matches in the URC against Connacht of Ireland and Italy’s Benetton.

“In the next two games it’s important for us to speed the game up, to play our exciting, dynamic brand and try to take the opposition’s legs away as fast as possible,” Van Rooyen said.

The Lions will host Connacht at Ellis Park Stadium on April 23 and Benetton on April 30.

The men from Egoli remain in position 12 on the URC log with 30 points and 13 points behind the eighth-placed Bulls.

The United Rugby Championship (URC) may turn to Hawk-Eye technology to help speed up a game that is being bogged down by a seemingly endless stream ...
Sport
2 months ago

Hendrikse brothers to face one another in URC 'war'

With brothers Jordan and Jaden Hendrikse scheduled to face one another in a United Rugby Championship (URC) clash this weekend, Jordan has spoken ...
Sport
2 months ago