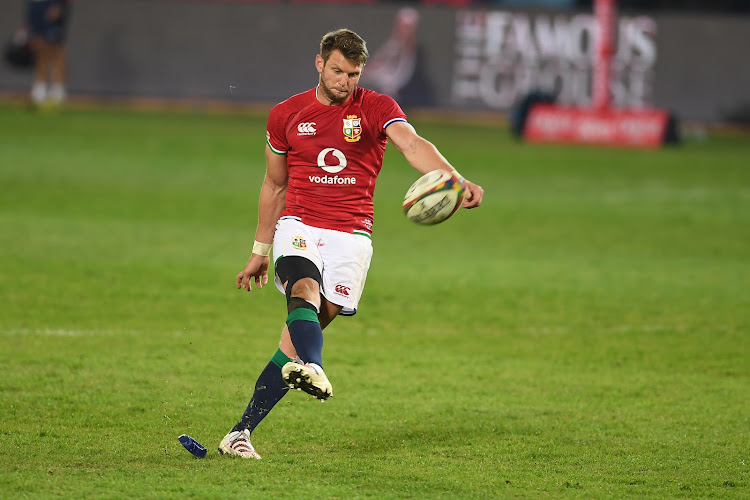 Some notable names may have been omitted from his 33-man squad for the three-Test series against the Springboks but Wales coach Wayne Pivac has upped the ante by placing several of his touring group on notice.

This may be their last chance to impress him before the team starts ramping up its preparations for next year's Rugby World Cup.

They are all significant absentees but the loss of Jones will be keenly felt given the impact he made for the British & Irish Lions on SA soil last year.

The coach has retained flyhalf Dan Biggar as captain but the vastly experienced former captain Alun Wynn Jones is also in the touring group.

Wing George North has been recalled after a 14-month absence due to injury.

Apart from North's return from injury Pivac would also have been relieved to select Josh Adams who has been struggling with a knee injury. Adams will join Louis Rees-Zammit, Alex Cuthbert and Liam Williams as three-quarters vying for a place in the Test line-up.

Pivac has included five England-based players in his group. Biggar, Nick Tompkins, Taulupe Faletau, Tommy Reffell and Rees-Zammit all ply their trade on the other side of the Severn Bridge.

As much as he's placed his players on notice, Pivac must be feeling the heat too. His team is visiting the world champions while they are at a low ebb.

Wales have recorded just four wins in their last 12 outings since they won the Six Nations title last year. They finished fifth in this season's edition and their season ended in perhaps fitting denouement with defeat to lowly Italy.

What has made matters worse is the performance of the Welsh teams in the United Rugby Championship (URC). Their best-ranked team, the Ospreys, are ninth on the points table and there is much talk of the plug being pulled on one of their regions.

The Stormers have travelled to Wales without livewire Springbok scrumhalf Herschel Jantjies.
Sport
1 month ago

Apart from at-the-minute form Pivac will also be well aware the weight of history will be against Wales when they set foot here in July. They have not beaten the Springboks in 10 attempts on SA soil.

They haven't played in SA since 2014 but perhaps, curiously, in the intervening period they've played three Tests at neutral venues.

Wales will play the Springboks on July 2, 9 and 16 at Loftus Versfeld, the Free State Stadium and Cape Town Stadium respectively.

World Rugby has implemented a new trial rule that will prohibits SA Rugby's director of rugby Rassie Erasmus from being a Springbok “water boy” in ...
Sport
1 month ago

"There is no more fitting tribute to one of SA's favourite sons than to rename our main rugby field after him,” said the school.
Sport
1 month ago