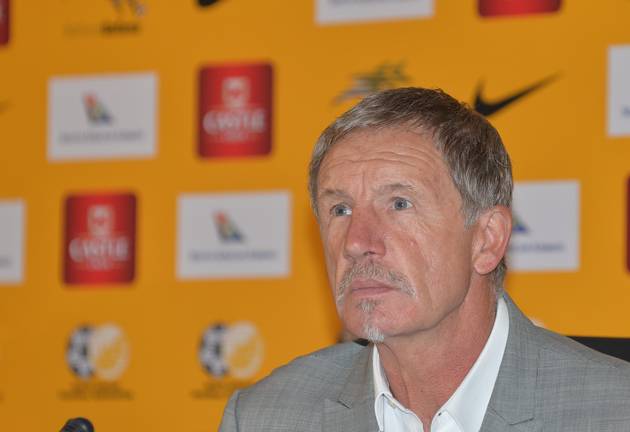 Bafana Bafana coach Stuart Baxter has announced his squad for the Cosafa Cup in Rustenburg and Moruleng‚ with a strong emphasis on development.

With Premier Soccer League players on holiday or returning to their preseasons for 2017-18 as Bafana enter the Cosafa Cup in early July‚ Baxter has announced a squad devoid of any of the stars who beat Nigeria 2-0 in the June 10 Africa Cup of Nations qualifier in Uyo.

The squad has an average age of just 22.55‚ and includes six of the members of the Amajita squad who did duty at the Fifa Under-20 World Cup in South Korea last month.

Three squad members have been retained from the trip to Nigeria for the new Bafana coach’s first match in charge.

Gordinho also made his debut against Zambia.

Among other “senior” players in the current squad are the SuperSport United duo of winger Mandla Masango and goalkeeper Boalefa Pule. They are among three 27-year-olds‚ the other being Ngoma.

SuperSport centreback Mario Booysen is the oldest player in the squad at 28.

The group stages kick off on June 25. Bafana have a bye into the quarterfinals‚ where they meet the winners of Group A (Angola‚ Mauritius‚ Malawi‚ Tanzania) at Royal Bafokeng Sports Palace on June 2.

Bafana began a training camp in Rustenburg this weekend‚ which is initially being overseen by assistant coaches Molefi Ntseki and Thabo Senong.

Baxter joins the squad on Monday‚ arriving late due to coaching SuperSport United against Orlando Pirates in Saturday night’s Nedbank Cup final in Durban. That will be the coach’s last assignment on charge of Matsatsantsa before being released to join Bafana full-time.