Komphela's barrage of boos as Chiefs cave in 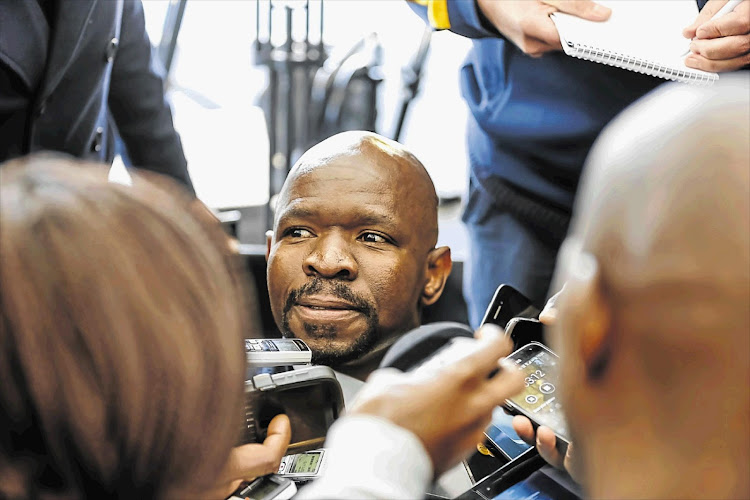 Coach Komphela, faced with such a dire prospect, appears to be running out of things to say. For someone known for his verbosity, that is a worrying sign.
Image: GALLO IMAGES

So frustrated were fans at Kaizer Chiefs' defeat by Supersport United during their Absa Premiership match at FNB Stadium on Wednesday night that they knocked over temporary security fencing.

Their anger was directed at coach Steve Komphela, who was heckled with chants of "Steve must go!" after the game.

One of the criticisms against him on the night was his inexplicable substitution after Mulomowandau Mathoho was dismissed in the seventh-minute of the game.

With two defeats and a draw in their first three games of the new season, compounded by two seasons without a trophy, calls for Komphela's head will only grow if there is no change in Amakhosi's fortunes.

A handful of fans pushed over temporary security fencing inside FNB Stadium‚ such was their frustration at what they perceive as a Kaizer Chiefs ...
Sport
4 years ago

The Chiefs coach, faced with such a dire prospect, appears to be running out of things to say. For someone known for his verbosity, that is a worrying sign.

"Respect to them. Listen, there is one thing you cannot do, you don't bite the hand that feeds you," was Komphela's familiar reaction to the unhappiness in the stands that has carried over from last season.

"You've got to give them utmost respect," he said.

But one cannot say the writing is now on the wall for Komphela. The Chiefs coach did not win a trophy in two seasons, finishing fifth and fourth in the league.

The signs that this campaign might be no better came at the end of the last season when chairman Kaizer Motaung and football manager Bobby Motaung made ominous noises that wholesale signings would not be needed for a squad that had achieved only mediocrity.

Beleaguered Steve Komphela believes he made the right decision replacing one centreback with another after Mulomowandau Mathoho’s seventh-minute ...
Sport
4 years ago

Komphela might not lose his job any time soon, despite Chiefs facing Cape Town City away, Wits at home and on-form Maritzburg United away looming in the next three games.

Amakhosi are known for giving their coaches time.

But it is hard to see Komphela turning things around.

The squad is unconvincing, as is he, and the players seem increasingly aware of it.

It is seems hard to prevent such a whirlwind from turning into a tornado.