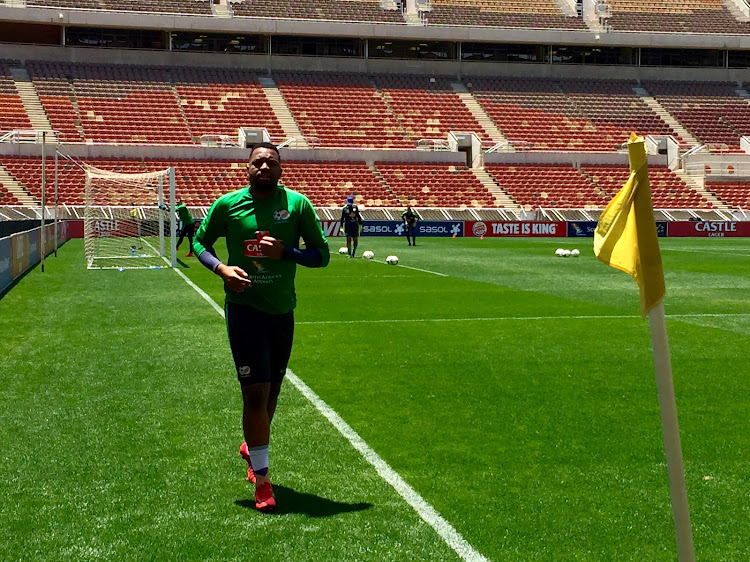 Only Friday night’s most vital game for Bafana Bafana in seven years can ultimately provide the answer on why it was so vital for Stuart Baxter to play Itumeleng Khune‚ even with a face mask.

Khune the warrior has emerged for the second time in this qualifying campaign‚ where Bafana have been left a mission impossible‚ though one that just might also be possible‚ to beat Senegal in Polokwane on Friday night‚ then Dakar again on Tuesday‚ to reach the Russia 2018 World Cup.

There are other South African goalkeepers‚ of course. And Khune’s selection to start wearing a face mask to protect an injury picked up in Kaizer Chiefs’ 1-0 Telkom Knockout win against Chippa United has cause alarm among some supporters.

He might well find himself a target for the Senegalese.

If you worry too much you become like England‚ says Baxter

Bafana Bafana have in recent times developed a tendency to win matches when you least expect them to and fail when you they are favourites.
Sport
3 years ago

And there are other South African goalkeepers.

But there is only one ‘Itu’.

Perhaps Khune‚ as has been pointed out‚ has not helped Bafana qualify for a major tournament. During is international career-span‚ he was injured and the late Senzo Meyiwa was in goal when Bafana reached the 2015 Africa Cup of Nations under Shakes Mashaba.

But there can be no doubt that the Chiefs man has stood head and shoulders above the rest in consistency as the best South African goalkeeper of the last decade.

And Khune‚ whose poor amateur theatrics can earn him something of a reputation as a softy‚ is in fact some fighter.

He had to be pumped full of coca-cola and medication to be able to take the field with a case of the runs that had developed into dysentery in Bafana’s opening 1-1 draw of these qualifiers against Burkina Faso in Ouagadougou last year‚ and saved a penalty.

Never mind that Wayne Sandilands has suddenly been shaky in the past two weeks for Orlando Pirates and his distribution is always scary‚ Ronwen Williams has developed stage fright every time he has pulled on a Bafana jersey‚ and Darren Keet has not had enough time back from injury.

Even Moeneeb Josephs‚ who might have been coaxed back from retirement‚ has had a poor start to 2017-18 for Bidvest Wits.

And Bafana coach Stuart Baxter would have been put in front of a firing squad if he had thrown a debutant‚ no matter how talented‚ into this game.

For this is a big game. Bafana’s biggest since South Africa hosted the 2010 World Cup.

A return to the World Cup as proper qualifiers for the first time since 2002 could set up an emerging generation. Not to will mean four more years of waiting for an already disappointment-pulverised public.

And Khune wearing a face mask‚ Tokelo Rantie and Thulani Serero showing their finger to the team‚ and Hlompho Kekana’s withdrawal through family tragedy‚ all those setbacks can be just the sort of thing to galvanise a team on a mission impossible.

Bafana Bafana coach Stuart Baxter is playing his cards close to his chest regarding his starting XI for this evening’s must-win World Cup qualifier ...
Sport
3 years ago

If Bafana do beat Senegal on Friday night‚ leaving themselves so close‚ yet of course also so far‚ from Russia 2018 with the game in Dakar still needing to be also won‚ it will be a team effort and no one-man show.

But acts of bravery like Khune’s‚ like a cricket batsman going out to save a test with a broken arm‚ can lift a team.

In just a few hours we will know how much that‚ and Khune’s presence‚ has worked in one way or the other‚ or been just a case of clutching at straws.