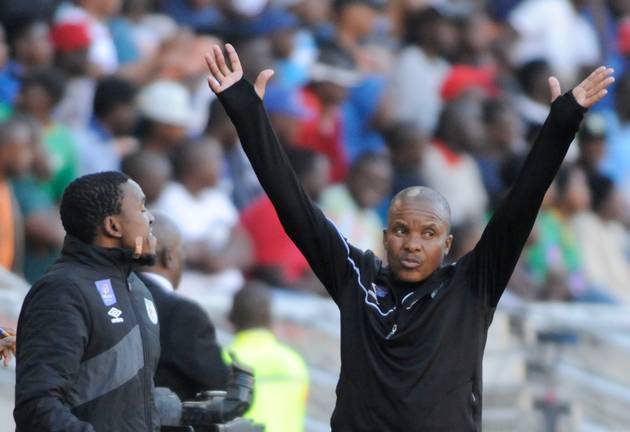 Baroka FC CEO‚ Morgan Mammila, denies that Kgoloko Thobejane's suspension had to do with an allegation of drinking by the coach with certain players after a match.
Image: Philip Maeta/Gallo Images

Baroka FC coach Kgoloko Thobejane has been suspended‚ the club have confirmed.

The Limpopo club’s CEO‚ Morgan Mammila‚ could not divulge the reasons for the suspension.

Unconfirmed information reaching TimesLIVE‚ denied by Mammila‚ was that the suspension had to do with an allegation of drinking by the coach with certain players after a match.

Polokwane players were warned but they did not heed cautionary advice

Polokwane City coach Bernard Molekwa warned his side against complacency going into the Nedbank Cup but will also have to take some responsibility ...
Sport
4 years ago

The alleged misbehaviour was supposed to have taken place on the team bus as the team were returning from their 2-0 Absa Premiership defeat against Free State Stars at Goble Park in Bethlehem on Saturday.

“No there’s no such thing. No‚ it’s not that. That’s just people are speculating‚” Mammila said.

Asked if he could divulge the reasons for the suspension‚ Mammila said: “No‚ it’s an internal matter. But surely it’s not the allegation of Free State.”

Speculation will be that Baroka technical director Doctor Khumalo will be on the bench for the club in their next fixture‚ the Nedbank Cup last-32 match against Platinum Stars at Royal Bafokeng Stadium on Wednesday.