Baxter to name Bafana squad for four-nations tournament in Zambia 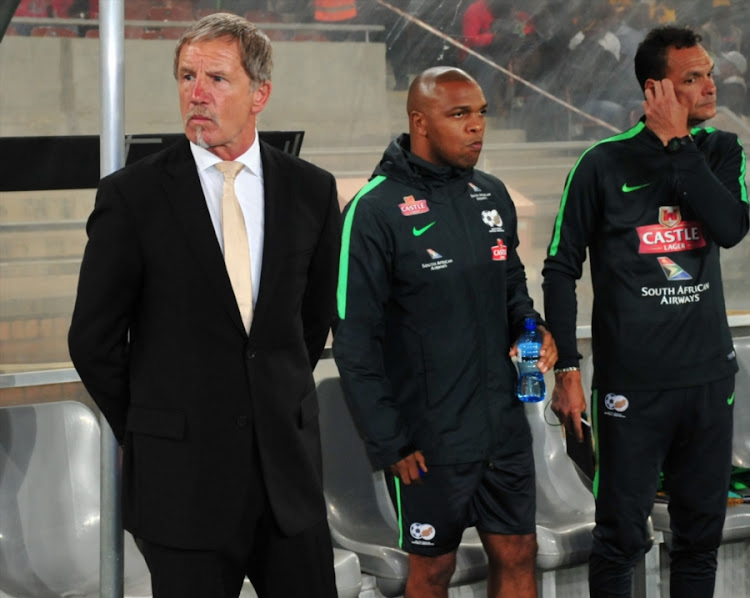 South Africa will play Angola on Thursday‚ March 22 and then either Zambia or Zimbabwe three days later in their two matches at the four-nations tournament they will be participating in later this month.

Details of the tournament at Ndola’s Levy Mwanawasa Stadium have been released by the Football Association of Zambia‚ who are organisers of the event.

It takes place during the FIFA window for international matches and allows all four countries to pick their strongest squads.

There will be two semifinals on the same day followed by a third place game for the losers and a final for the winners on Sunday‚ March 25.

The hastily-arranged tournament features the top four teams in the Cosafa region just two months before the Cosafa Cup tournament which is being hosted by Limpopo province.

Stuart Baxter will name his Bafana Bafana squad on Tuesday with the other three countries expected to follow suit later in the week.

Bafana previously played at the newly-built stadium in Ndola in 2013 at the Cosafa tournament where Zambia beat them in the semifinal on post-match penalties and they then took third place by beating Lesotho 2-1.

Gordon Igesund was coach at the time and the team captained by Wayne Sandilands and featuring Hlompho Kekana‚ Thulani Hlatshwayo and Lebogang Manyama.

South Africa’s last clash with Angola was a friendly in East London this time last year which ended goalless.

Bafana had Owen da Gama in temporary charge then.

Eastern Cape ABC Motsepe League side EC Bees are seeking to become just the third amateur side to reach the quarterfinals of South Africa’s Nedbank ...
Sport
3 years ago

Zakhele Siwela will depart for Dubai this weekend to undergo his penultimate series of tests as he moves closer to being chosen to run the line at ...
Sport
3 years ago