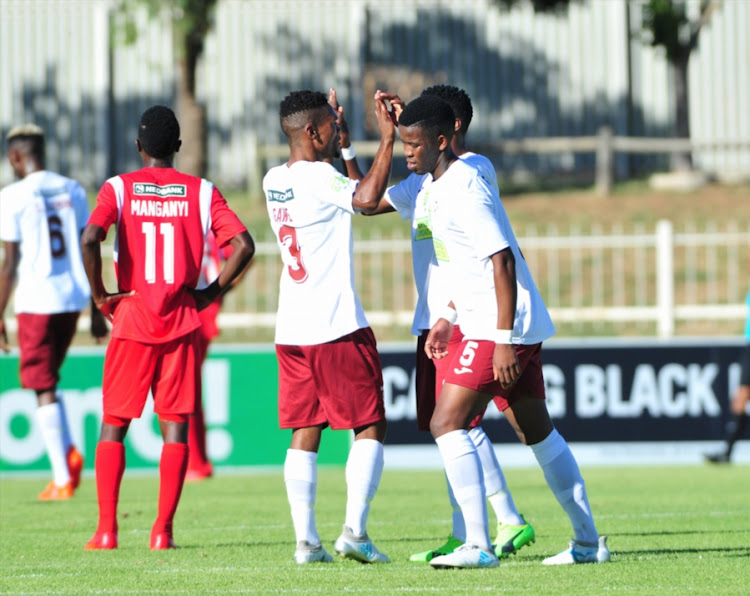 Eastern Cape ABC Motsepe League side EC Bees are seeking to become just the third amateur side to reach the quarterfinals of South Africa’s Nedbank Cup competition as they take on Mamelodi Sundowns in their Last 16 clash on Tuesday.

On paper it is no contest‚ but with Sundowns head coach Pitso Mosimane away on a Pro License course and the team likely to field fringe players with the second leg of their African Champions League tie against Rayon Sports to come at the weekend‚ Bees will be ready to sting.

"Even if Sundowns beat us‚ it will be pound for pound. We are a ball-playing team like them. We attack like them‚” Bees coach Chippa Njedu said.

"I do not like parking the bus because my objective as a coach is always to win all the games.

"My players are ready to market themselves. They know this is a big opportunity to showcase their talent to big teams."

If Bees do make it into the next round it would arguably be the biggest upset in the history of domestic football‚ but there is some previous precedence.

The two clubs who have reached the quarterfinal stage in the past had contrasting fortunes in the round … and since.

They trailed 4-1 at halftime though as Pirates netted through Tyren Arendse‚ Ashley Makhanya‚ Gift Leremi and Edward Malinga‚ and Hanover got a goal via Alfonso Topley.

Arendse added a second after halftime‚ before a Clinton Emmanuel goal made the final score 5-2.

The only other amateur team to reach the Nedbank Cup quarterfinals was Baroka FC in 2011‚ when they beat Moroka Swallows in the Last 16 and then Kaizer Chiefs in the quarterfinals‚ a stunning 2-1 success.

The side were unlucky losers in the semifinals as well as they held Black Leopards to a 2-2 draw but then lost the penalty shoot-out‚ denying the club the feat of being the only amateur team to reach the final.

Baroka used that success as a springboard‚ rising through the South African football pyramid to establish themselves in the Absa Premiership.

That side had players such as winger Katlego Mashego (Free State Stars)‚ skipper Lantshene Phalane (Bloemfontein Celtic) and Thobani Mncwango (BidVest Wits)‚ who continue to play in the top-flight.

Olaleng Shaku‚ recently sacked by the club‚ also played in that team and was an ever-present feature as they moved up the divisions.

Maritzburg United coach Fadlu Davids has praised his charges after they recovered from being a man down to beat National First Division neighbours ...
Sport
3 years ago

A 10 men Maritzburg United made it to the last 8 of the Nedbank Cup in drama-filled match in Durban on Sunday afternoon.
Sport
3 years ago