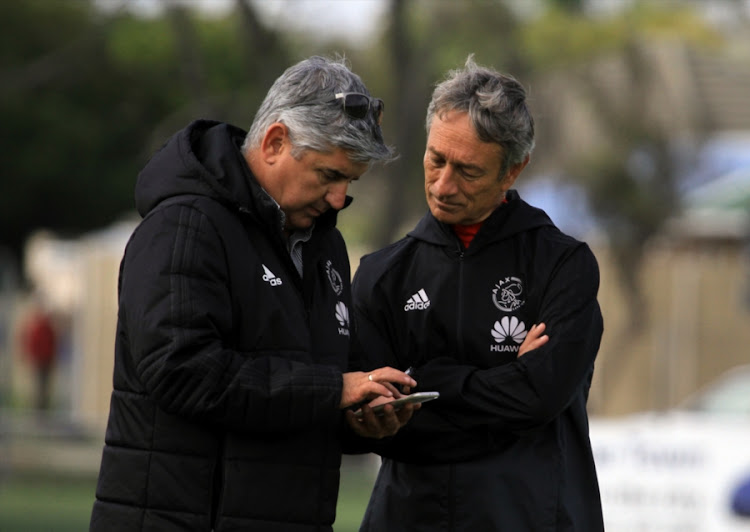 Ajax Cape Town are to file papers in the High Court on Wednesday morning to have the Premier Soccer League’s Promotion/Relegation play-offs postponed‚ the club confirmed.

Ajax have effectively been relegated by a decision from arbiter William Mokhari SC that they acted wrongfully in playing Zimbabwe striker Tendai Ndoro earlier this season.

Mokhari forfeited three matches‚ wins against Platinum Stars and SuperSport United‚ and a draw against Polokwane City‚ in favour of Ajax’s opponents as he ruled the club was the third Ndoro had played for this season‚ in contravention of FIFA regulations.

But Ajax are ready to fight back and will go to the courts to try and stop the opening play-off game taking place in Thohoyandou on Wednesday between National First Division side Black Leopards and Platinum Stars.

The club is in the process of preparing papers to be filed urgently before the High Court in Johannesburg for the matter to be heard tomorrow morning at 10am.

Ndoro has also played for Orlando Pirates and Saudi Arabian club Al-Faisaly in the 2017/18 season‚ but Ajax maintain there were extenuating circumstances‚ including that the player was not paid for some months by the Saudis.

Platinum Stars are on their way to Limpopo to take Ajax's place in the relegation-promotion play-off clash against Leopards at Thohoyandou Stadium.

Amongst other issues, the club will seek to interdict the promotion playoffs from commencing on Wednesday 16th May at 3pm. This will be sought pending an urgent review of the arbitrators award this morning.#WeAreAjaxCT 🔴⚪️

Dikwena‚ who were relegated from the PSL a few days ago‚ were given a lifeline after arbitrator Mokhari's ruling.

Club officials confirmed to TimesLIVE earlier on Tuesday that they were frantically making plans to honour the fixture against Leopards.

But it remains to be seen if the game will go ahead‚ given Ajax's intention to stop the play-offs.

Ajax Cape Town have been relegated from the Premier Soccer League topflight after they were found guilty of fielding Tendai Ndoro.
Sport
4 years ago

Former Ajax Cape Town forward Sameegh Doutie threw shade at his former employers and said he could have saved them from relegation.
Sport
4 years ago

Ajax Cape Town are set to release a statement later on Tuesday on whether they will be challenging the verdict of the arbitration hearing into their ...
Sport
4 years ago