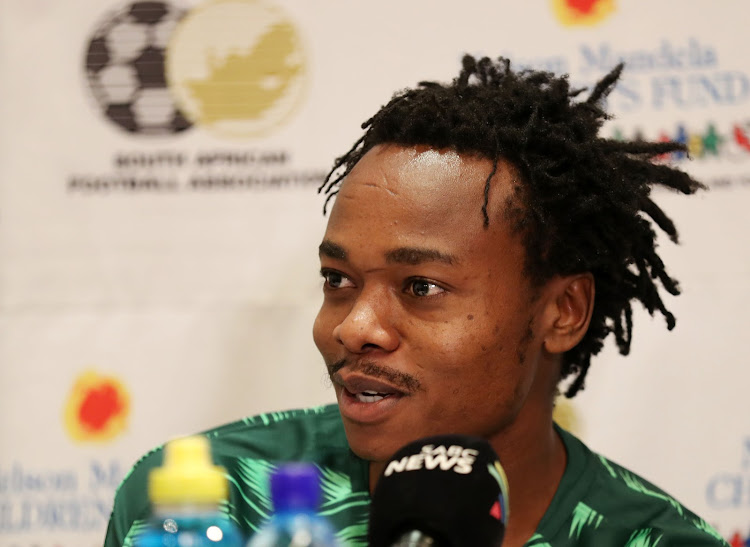 The English Football Association's plans to limit the numbers of foreign players at Premier League clubs could serve as a blow to Percy Tau and other South Africans hopeful of one day featuring in one of the world’s elite leagues.

But if the FA's plans go through it could also make it easier in future for exceptional South African talent to feature in England with the abolishment of work permit criteria‚ in what will be a double-edged sword for Bafana stars.

Currently English clubs are allowed to have 17 players from outside the country in their squads‚ but this could be slashed to 12 if the FA get their way in a proposal that will be discussed with clubs this week.

Tau is currently on loan at Belgian second-tier side Royal Union St Gilloise from Premier League club Brighton & Hove Albion‚ who have almost maxed out their foreign quota and also have Israeli forward Tomer Hemed out on loan.

A reduction to 12 players would make it that much harder for Tau to win a place in the squad.

The FA are using England’s ‘Brexit’‚ where the country is set to leave the European Union (EU) next year‚ to try and push for more homegrown players in the squads of clubs‚ thereby‚ they hope‚ boosting the pool of players for the national team.

Currently players from other EU countries such as France‚ Spain and Germany‚ to name just a few‚ do not need a work permit to play in England.

But that could change next year when England leave the EU‚ potentially putting all players in the same boat as Tau and others from outside of Europe.

However‚ the FA appears to be dangling a carrot to English clubs that says if they accept the 12-player limit‚ they will push the English government to make a special “governing body endorsement” that would allow for work permits for every foreign player‚ irrespective of where they are from.

It would still be limited to 12 players‚ but would get rid of the criteria that made Tau ineligible to take his place in the squad at Brighton this year.

So essentially South African players would have no limitations in joining English clubs‚ but would have to be among the best 240 foreign players available to English teams across the entire world‚ including Europe‚ South America‚ Asia and the rest of Africa.

It is a matter of debate as to whether any current South African player would be that attractive to Premier League teams.