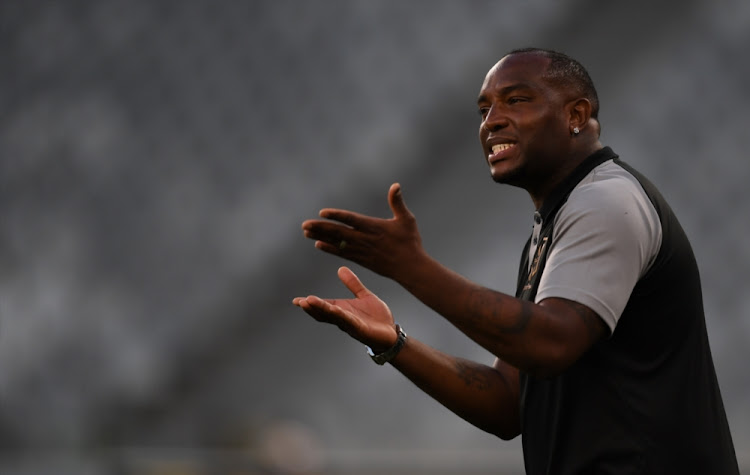 Benni McCarthy says he will not rest any of his Cape Town City players for the Nedbank Cup Last 32 clash at home to SuperSport United on Saturday despite a late entry into the running for the Absa Premiership title this season.

City trail league leaders BidVest Wits by seven points but have a game in hand and are arguably the form side in the Premiership at this point in the season.

But any thought of resting players to keep them fresh for a difficult run of fixtures in February‚ that includes clashes with both title rivals Kaizer Chiefs and Mamelodi Sundowns‚ is not on the cards for McCarthy‚ who has already steered his side to the MTN8 title this season.

"For us there is no cup games or league games‚ every game is a must-win‚” McCarthy said.

“We don't toy with the opposition by playing youngsters‚ we take every competition seriously. We are going out there to win it.”

McCarthy’s hand may be forced to a degree by the red card for defender Taariq Fielies in the 5-0 hammering of Free State Stars that has left him thin on options at the back.

"We have got the young boy Keanu‚ he was equally as good as Fielies‚ Kwanda [Mngonyama]‚ Dove [Edmilson] when he was given the opportunity to play‚” McCarthy says.

He will also hope to start star striker Kermit Erasmus against his former side after the forward came off the bench against Stars following a return from injury‚ but question-marks remain over wily winger Surprise Ralani.

City will be buoyed by the fact that they have beaten SuperSport twice in the league already this season‚ including a 1-0 away success earlier this month‚ and also claimed victory on penalties in the MTN8 decider in September.

The Cape Town club have in fact only lost once in nine previous meetings against Matsatsantsa.

City made the quarterfinals of the Nedbank Cup last season before a 2-1 home loss to Mamelodi Sundowns and will be hoping to complete the set of domestic knockout trophies having claimed the Telkom Knockout and MTN8 already despite only being formed in June 2016.

Cape Town City striker Siphelele Mthembu is enjoying the best scoring season of his career but coach Benni McCarthy says there is more to come and ...
Sport
3 years ago