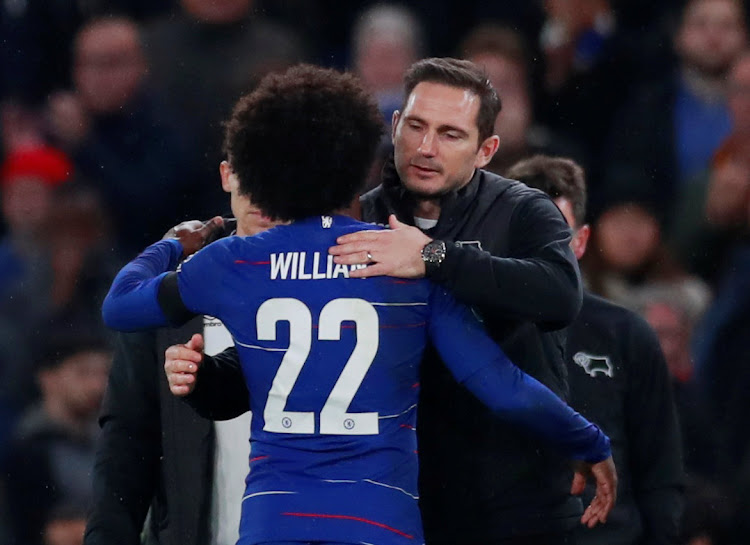 Chelsea's 6-0 defeat at Manchester City at the weekend left Derby County coach Frank Lampard shocked but the former midfield great has distanced himself from talks of returning to Stamford Bridge as a possible replacement for manager Maurizio Sarri.

Chelsea suffered their worst-ever Premier League defeat at City on Sunday and Sarri is now the bookmakers' favourite to become the next Premier League manager to be sacked, with Lampard and Zinedine Zidane the favourites to replace him.

Lampard, Chelsea's all-time leading scorer with 211 goals, said he was focused on doing his best for Derby and backed Chelsea to bounce back quickly from the defeat, which pushed them down to sixth in the table.

"It's certainly a club I respect and a manager that I respect so it wouldn't make me smile or anything different because my job is here," the former England international told British media.

Manchester City's on-fire striker Sergio Aguero struck his second hat-trick in a week as the champions ruthlessly destroyed woeful Chelsea in a 6-0 ...
Sport
2 years ago

"I'm working very hard and my whole thoughts are with Ipswich Town away on Wednesday, and travelling down to Brighton in the FA Cup (fifth round) at the weekend."

Lampard, whose team are seventh in the second-tier Championship, said Chelsea had been beaten by a 'great team' in champions City.

"It's not nice and it doesn't happen to Chelsea much, so when it does it's a shock," he added.

"With all top teams, the important thing is that you come back strong, no matter what type of defeat. It is what makes top teams, resilience, and Chelsea as a club will have it."