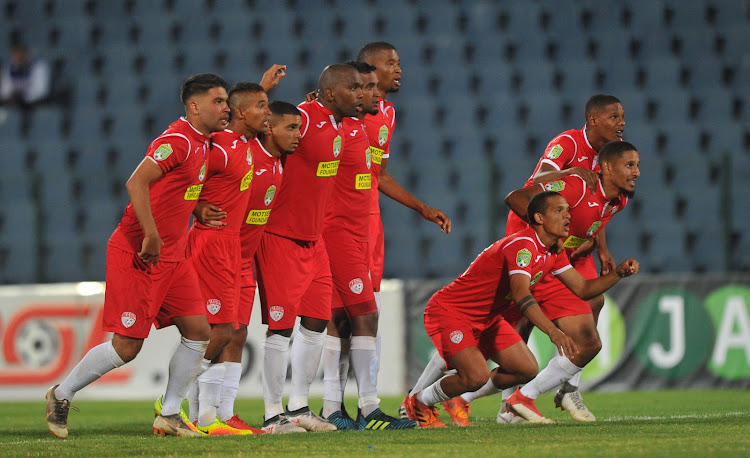 The Magic FC say they have a surprise in store of Kaizer Chiefs in their Nedbank Cup Last 16 clash at the Nelson Mandela Bay Stadium on Sunday‚ and are determined to fight for victory despite their minnow status.

Coach David Kannemeyer‚ a former Chiefs and Bafana Bafana defender‚ insists his side are not just going to Port Elizabeth to make up the numbers‚ but have genuine belief that they can come away with a win.

Chiefs were run close by another third-tier side‚ Tornado FC‚ in the last round‚ needing extra-time and an own goal to advance.

Kaizer Chiefs will be overwhelming favourites to beat Western Cape ABC Motsepe League side The Magic at the Nelson Mandela Bay Stadium on Sunday‚ but ...
Sport
2 years ago

“We are not going to add numbers‚ we are going to compete‚” Kannemeyer insists.

“People will be surprised by us‚ it’s a platform for the players to showcase their talent and hopefully a few will be picked up by PSL clubs for next season because that is the ultimate goal.

“We are going to respect them‚ we have to. But we are going to fight and compete. We know more about them than what they know about us. We’ve got a surprise for Chiefs on Sunday.”

The match will be staged in Port Elizabeth as there were no suitable stadia available in Cape Town‚ but Kannemeyer does not see this as a major issue.

“Wherever we were going to play Chiefs would be a challenge‚" he said.

"It doesn’t really matter where we play them‚ it is about doing the job on the day. We will go with the strongest team on Sunday‚ which will be a mix of youngsters and older players.”

Kannemeyer says the experience of some of his senior players will be a huge bonus‚ with some even having played with current Chiefs stars at clubs or in the junior national team set-ups.

Amateur side‚ The Magic‚ are hoping they will be able to use Cape Town Stadium for a dream draw in the second round Nedbank Cup tie against Kaizer ...
Sport
2 years ago

“We are fortunate that we have a number of guys who have played in the NFD [or higher] before‚ which helps us a bit come Sunday because they have the experience to help the youngster players‚" he said.

“All the pressure is on them [Chiefs]‚ we are the underdogs. But we’ll see at the end of the day who will win the game.”

The Magic have played in the Nedbank Cup prior to this season‚ but lost 3-0 to Platinum Stars in the Last 32 in 2015.

They edged National First Division side Maccabi FC on penalties this year after the teams played to a 0-0 draw in Soweto.