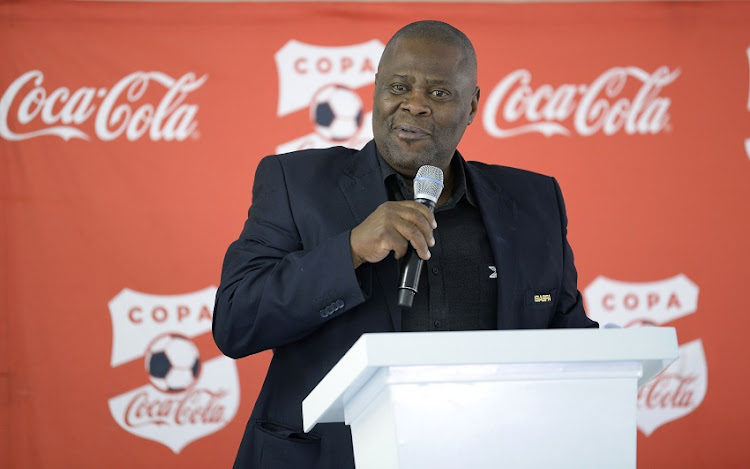 An arbitration this weekend ruled in favour of Safa in the now four-year dispute.

The legal battle stemmed from a resolution taken at a Safa extraordinary congress in Mpumalanga in March 2015 that Sasfa was no longer an associate member‚ and to take over the running of schools’ football.

“Ja‚ no‚ we have taken a decision already. We will be taking this matter on a judicial review‚” Sasfa president Mandla “Shoes” Mazibuko told SowetanLIVE on Tuesday‚ just hours after Safa officials had pronounced their confidence that the matter was finally closed.

Mazibuko said Sasfa had been self-sufficiently running schools football since their expulsion‚ and would continue to do so while the court was going to review.

“It is four years that we have been running without Safa‚” Mazibuko said.

“But on a principle basis‚ and the legal advice that we got‚ we respect the decision of the arbitrator but we are taking it on review.”

“It is very strange how the [arbitration] award is coming about. However we respect it‚ and we are taking it on a review.

“Within the next week we shall have served papers‚ and that’s how we are moving at speed on this.”

Earlier at Safa’s press conference to announce the arbitration outcome‚ the association’s head of legal‚ Advocate Tebogo Motlanthe‚ had expressed his doubt that Sasfa would take the matter back to the courts.

“In terms of the arbitration ruling this matter is done. It’s done in terms of Safa statutes‚” Motlanthe said.

“You go to Article 70 of the statutes‚ you find disciplinary code 8881 – it says that arbitration is final and binding.

“And remember that when you go to arbitration you all make submission‚ and you concede that it will be final and binding.

“So from where we are sitting as the association we are seeing this matter as final. We have finally rested this matter.”

Motlanthe‚ however‚ did concede that Sasfa had the right take the matter back to court.

“[But] Remember this matter started in court‚” he said. “And arbitration was the way of removing it from the court roll.

“So I don’t think logically one would want to take it back there when there was a drafted order per consent of parties saying we are going to arbitration.

“But‚ yes‚ everyone has their rights. Tomorrow they [Sasfa] may say they want to go back to court. But logically I don’t see it happening.”

The president of the Schools Football Association of SA (Sasfa), Mandla "Shoes" Mazibuko, has accused Safa of luring two of his executive members ...
Sport
4 years ago

Safa have wanted to bring schools football under their administration to unify the splintered running of the crucial department‚ and to increase the number of schools playing soccer‚ the association have said.