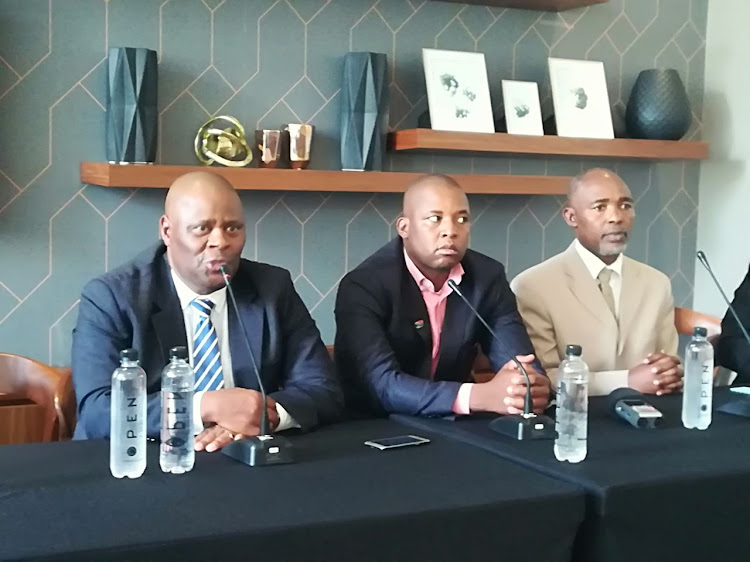 The National Football Consultative Forum (NFCF) will ask politician turned businessman Tokyo Sexwale to be their candidate for the Safa elections in March next year.

NFCF member and former Safa vice-president Chief Mwelo Nonkonyana said their supporters have chosen Sexwale to be the candidate and they are not concerned about talk that he is not eligible to stand.

“This issue of eligibility has been a stance from the other side (from presidential rival Danny Jordaan's camp)‚" Nonkonyana said.

"But I must say that if it is the only leg they are standing on‚ they are going to fall flat.

"We have carefully read the Safa statutes.

"As you may know I am the one who was tasked by Safa when Fifa directed all national federations to adopt new statutes that are in line with Fifa.

"I went to Cairo and I presented the constitution to the congress and they endorsed it.

“In the statutes‚ there is an issue of eligibility and it says members are entitled as of right to nominate a candidate of their choice.

"But that candidate must meet the criteria of eligibility as set out in the electoral regulations.

"The regulations say that people who are involved in football are eligible but we must avoid outsiders and people who have no clue about football to come and take over football.”

“My task now is to go to Tokyo Sexwale and I am sure that I will be able to convince him to respond to this clarion call‚" Nonkonyana said.

"As you know I don’t back horses that don’t win.

"In 2009 they did not give me a chance and this year they are not giving me a chance but they are going to receive thunder because this change is unstoppable.

"If Tokyo accepts our nomination‚ I will support him after consulting with my supporters.

"As things stand now‚ I am one of the candidates and I don’t want to betray those people who asked me to stand before I engage the preferred candidate.”

Nonkonyana said Sexwale‚ who tried unsuccessfully to become Fifa president last year‚ is a fit and proper person and he is eligible to become Safa president.

“There is no one in South Africa who can dare say that they do not know who Tokyo Sexwale is.

"He has been involved in support of this football by sponsoring the National First Division (NFD) and he is serving in a Fifa committee now.

"Can you say that this person is not a football person.

"He was involved in the Fifa 2010 World Cup and he is well known in the country.

"We have read the statutes and regulations and Tokyo Sexwale is a fit and proper person and he is eligible to be nominated and lead South African Football Association.”

Johannesburg-based Rawat Petroleum are the company behind a consortium who have bought Platinum Stars from Royal Bafokeng Holdings for R22‚5 million‚ ...
Sport
4 years ago

The January transfer window has slammed shut with a number of Premier Soccer League clubs making significant changes to their squad.
Sport
4 years ago

If the Tendai Ndoro issue was a thorn in the Premier Soccer League’s 2017-18 season‚ now the wound is threatening to go infected.
Sport
4 years ago

Bidvest Wits coach Gavin Hunt says they are in a position to determine who will win the league this season.
Sport
4 years ago