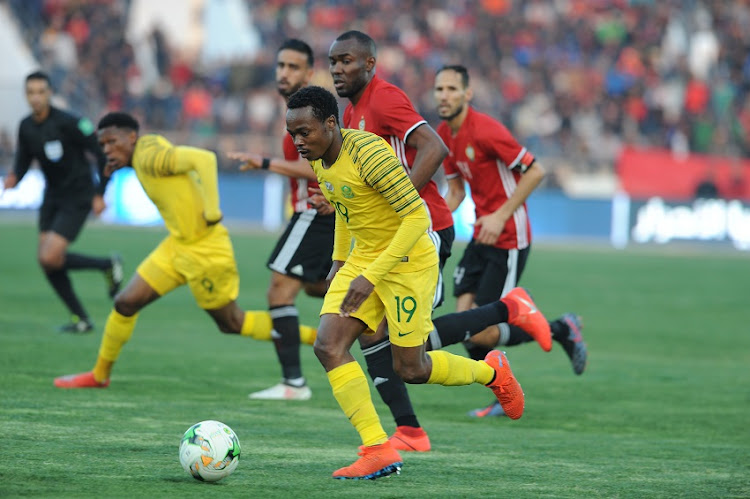 After his heroics with the national side at the weekend‚ Percy Tau will return to domestic action this weekend with his Belgian second-tier club Royal Union St Gilloise as their season enters a new‚ intriguing and complicated phase.

Union missed out on promotion to the top-flight‚ but the unusual structure of the Belgian league means they now have the opportunity to qualify for the UEFA Europa League.

Perhaps more interestingly for Tau‚ who is on loan from English Premier League Brighton & Hove Albion‚ it will give him a chance to test himself against top-flight opposition over the coming months.

Group A consists of the clubs that finished in positions seven‚ nine‚ 12 and 14 in the elite league joining the teams that ended second and fourth in the second-tier.

Owen da Gama was the first Bafana Bafana coach to call Percy Tau into the full national team set-up when he selected the raw youngster for friendly ...
Sport
3 years ago

It means that over the next while he will tackle elite league sides Kortrijk‚ Excel Mouscron‚ Zulte Waregem‚ Waasland-Beveren and Cercle Brugge‚ starting with a match against the latter at home on Saturday.

It will be a chance for Tau to further his European education at a higher level than he has been playing this season‚ which can only be good for his prospects and those of the national side.

A video of Bafana Bafana’s celebrations after their qualification for the 2019 Africa Cup of Nations (Afcon) has left Twitter users celebrating.
Sport
3 years ago

Tau has enjoyed a strong season for Union‚ netting 10 goals in 27 starts in all competitions.