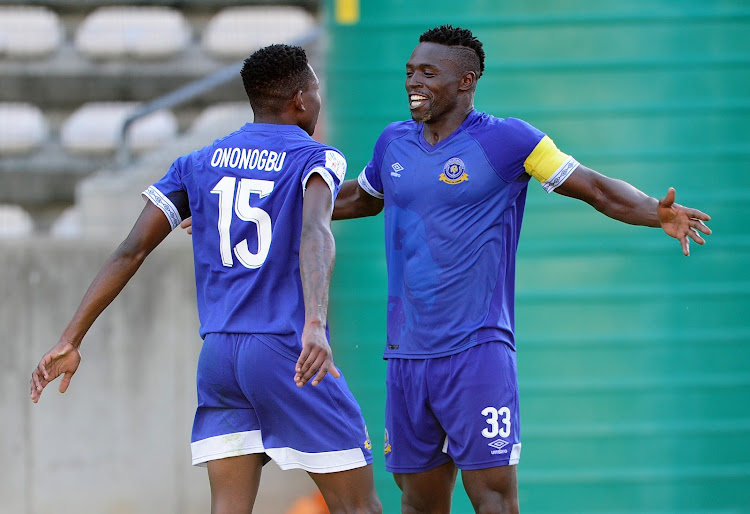 Both Royal Eagles and Tshakhuma Tsha Madzivhandila (TTM) will be licking their lips in anticipation ahead of the start of the Premier Soccer League’s promotion-relegation playoffs in Durban on Wednesday night‚ aware that the statistics are firmly in their favour.

The National First Division pair‚ who finished second and third‚ will be taking on Maritzburg United over the next weeks to determine a place in the top flight for next season.

Maritzburg finished second last in the Premier Soccer League after their 1-1 draw away at Baroka FC on Saturday.

Baroka FC survive relegation, Maritzburg United to fight for their lives in playoffs

Maritzburg United have a second big chance to beat relegation after drawing 1-1 against Baroka FC in the last round of dramatic Absa Premiership ...
Sport
3 years ago

Eagles host the opening game of the playoffs against TTM at the Chatsworth Stadium on Wednesday.

This year marks the 15th time the playoffs are hosted and only four times in the 14 previous playoffs has the club that finished 15th in the PSL managed to retain their status - Baroka (2017)‚ Polokwane City (2014)‚ Mpumalanga Black Aces (2010) and AmaZulu in 2007.

On the other 10 occasions‚ it is an NFD team that uses the playoffs to come up as Black Leopards did last season.