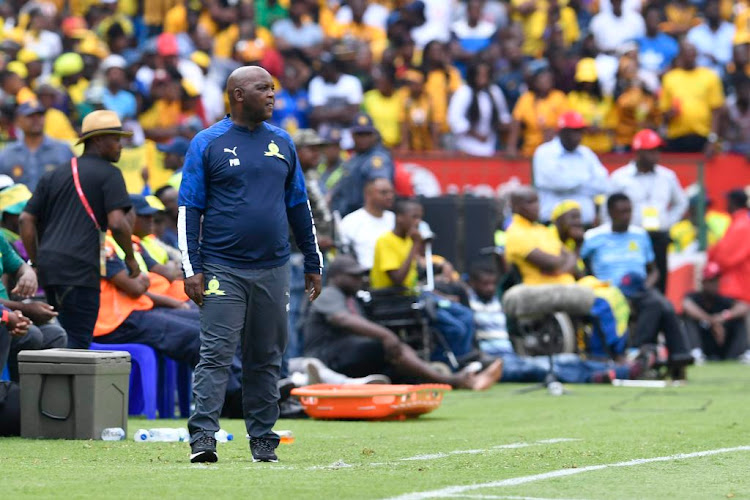 Premier Soccer League (PSL) prosecutor Nande Becker sprung into action on Monday night and asked fiery Mamelodi Sundowns coach Pitso Mosimane to explain himself after the relentless attack he has directed at match officials in the last few days.

The PSL said Becker has written to Mosimane in relation to the comments attributed to him on match officials last week.

“The league prosecutor has given Mr Mosimane five days to respond to the letters sent to him to either deny or admit the comments attributed to him in the media‚” the PSL said in a statement.

Mosimane has mounted a relentless attack dating back several days and suggested that that there is a bias from match officials towards current log league leaders Kaizer Chiefs.

The criticism escalated after Chiefs beat Sundowns 2-0 on Sunday and Mosimane again suggested that his rivals were benefitting from the officials.

Many fans took to social media to register their unhappiness with Mosimane after he said he's now waiting to see if Chiefs will once again benefit from refereeing decisions when they face traditional foes Orlando Pirates in the Telkom Knockout quarterfinals in Durban on Saturday.

Some said his comments sounded as if he was inciting the Pirates supporters ahead of the sold-out event in Durban.

"We have to look at them again next week‚ I want to see if officials will make a mistake against Pirates.... let’s see‚” he said.

“Something has to give now‚ I don’t know if Pirates supporters will allow it.

"You can’t win every day by referee’s mistakes. It must stop‚ it’s enough.

"We have seen it before but now it’s worse‚ it is a series. It’s okay when it happens once but this is a series‚ is this a football match or what? Excuse me.

“We need a lot of praying when playing against this team‚ they must never benefit again.

Mosimane takes aim at the Soweto derby: 'I don’t know if Pirates fans will allow it'

Fiery Mamelodi Sundowns coach Pitso Mosimane kept up his attack on Kaizer Chiefs and said his rivals have the match officials to thank for their 2-0 ...
Sport
2 years ago

Kaizer Chiefs bagged all the three points at stake and the bragging rights after a deserved 2-0 win over title rivals Mamelodi Sundowns at a sold-out ...
Sport
2 years ago