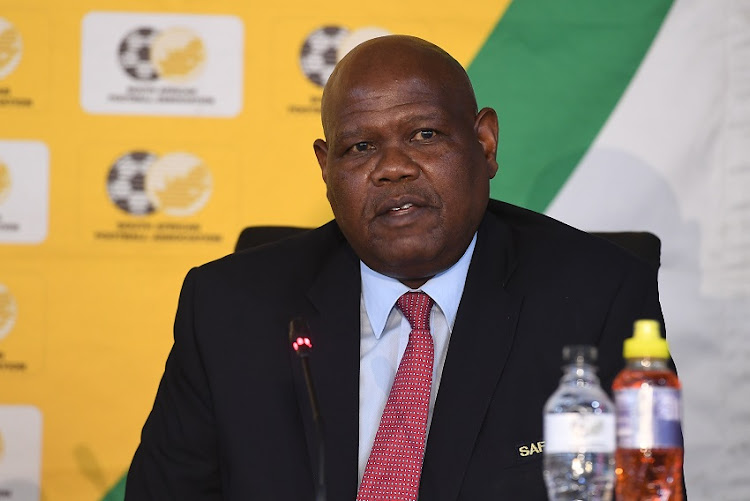 The SA Football Association (Safa) and Confederation of African Football (Caf) are working to try to resolve a TV blackout in South Africa of Caf games so that fans in this country can view Thursday night’s match between Bafana Bafana and Ghana.

Caf are reportedly exploring either giving the rights for the 2021 Africa Cup of Nations (Afcon) qualifier to the SA Broadcast Corporation (SABC)‚ or televising it in South Africa on Youtube.

This coincides with a blackout announced on Friday by SA pay channel SuperSport‚ saying that they will not televise Caf games at present.

“Caf are in discussions Safa regarding televising the match between Ghana and Bafana Bafana. We will give an update later today‚” Safa acting CEO Gay Mokoena told TimesLIVE on Thursday morning.

Public broadcaster the SABC has recently‚ after prolonged negotiations‚ renewed a deal to cover all of Bafana’s home games.

Away games are covered by SuperSport as part of the pay-channel’s blanket coverage of Caf games (Afcon qualifiers‚ the Nations Cup finals‚ the Caf Champions League).

This has been sub-contracted from French broadcast company Lagardère Sports. SuperSport said on Friday their blackout is because of Caf terminating its agency agreement with Lagardère.

The termination relates to rulings in the Egyptian courts regarding Lagardère not having undergone a tender process. Caf’s headquarters are in Cairo.

Caf have said they are seeking solutions for South Africans to watch Thursday night’s match.

“Caf took note of SuperSport’s decision and is taking the necessary steps to ensure that the matches scheduled to be broadcast by SuperSport are broadcasted by other sources‚ so that football fans can continue to follow Caf competitions‚” Caf said in a statement to Ghanasoccernet.com on Wednesday.

The Ghanaian football news website reported that Caf could give the SABC the rights to air the match‚ or might broadcast it on Youtube‚ as the confederation did with the preliminary stages of the 2022 World Cup qualifiers.

Bafana’s Group C match against Sudan on Sunday at Orlando Stadium‚ as a home game‚ will be broadcast on SABC.