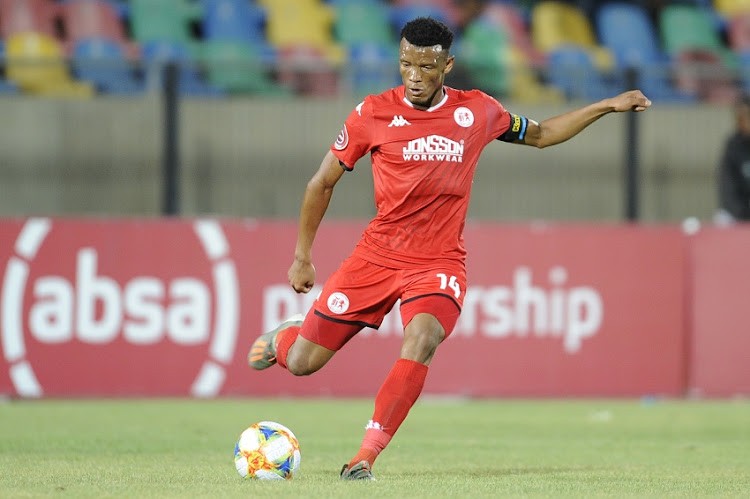 Highlands Park central midfielder Mothobi Mvala says he is not intimidated by the quality and fierce competition for places in the Bafana Bafana midfield.

The 25-year-old Mvala is part of the Bafana squad for the 2021 Africa Cup of Nations qualifier against Ghana in Gold Coast on Thursday and he intends to use the opportunity to learn from experienced campaigners like Dean Furman‚ Thulani Serero‚ Kamohelo Mokotjo and Bongani Zungu.

“I don’t get intimidated by the quality of players that we have in the national team but it serves as motivation for me‚" he said.

"I know very well that I am going to learn a lot from those guys because they play a level that is higher than me.

“If I get a chance to play‚ I will grab it with both hands but competing for a place with the likes of Bongani Zungu is not intimidating at all.

"I take it as a learning experience where I will take positives back to my club to help them as well as to improve myself as a player.

"I am here to learn as much as possible from the experienced players‚ from coach Molefi Ntseki and the rest of the technical team.

"My mission is to be focused at training so that I am ready to play whenever I am called upon.”

Mvala was called up to replace a then injured Zungu for the Nelson Mandela Challenge friendly against Mali last month but never got a chance to play.

He said reaching the MTN8 final with Highland‚ where they lost to SuperSport United‚ boosted his chances.

“For me to play in the MTN8 cup final with Highlands Park was not a fluke‚" he said.

"It showed that there was something good I was doing.

"I think performance during that tournament caught the eye of the national coach and he called me to Bafana. I know that I have not done anything yet‚ but my focus is to keep on working hard and doing what I have been doing so that I can get more national call-ups.

“When I was called up to replace Bongani last month‚ it came as a shock because I was not expecting it.

"I don’t want to say that I am competing with Bongani for a place because at Highlands Park my job is to go forward‚ but coach Ntseki wants to use me more as a holding midfielder and not to attack more.

"I don’t know what is going to happen if I get the opportunity to play‚ it depends on the national coach how he wants to use me.”