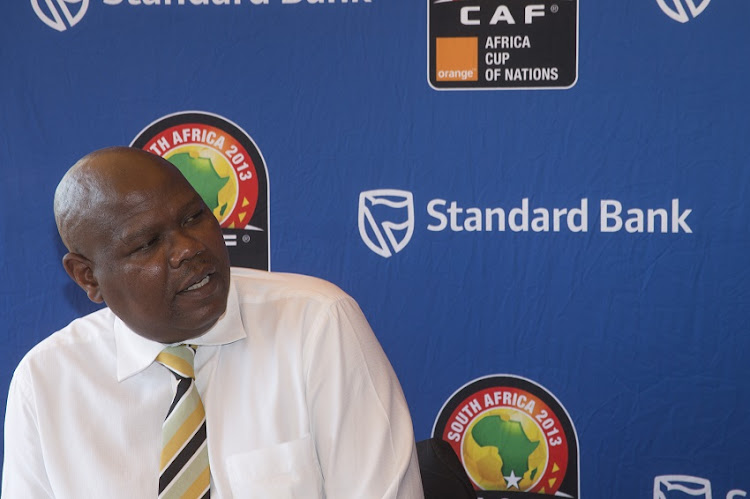 Acting Safa CEO Gay Mokoena says South Africa will not accept the pleas of CAF as they instead focus resources and funds on their bid to stage the 2023 FIFA Women’s World Cup.
Image: Manus van Dyk / Gallo Images

The South African Football Association (Safa) will not come to the aid of the Confederation of African Football (CAF)‚ who are desperately seeking a new host for the 2020 Africa Women’s Cup of Nations.

The CAF executive meet on Thursday to discuss a range of issues‚ and one of the items on the agenda‚ as seen by TimesLIVE‚ is to probe the “willingness” of South Africa to parachute in as emergency hosts of the women’s championship.

This after the original staging of the tournament was due to be in Congo‚ before that country withdrew from hosting in July.

But acting Safa CEO Gay Mokoena says the country will not accept the pleas of CAF as they instead focus resources and funds on their bid to stage the 2023 FIFA Women’s World Cup.

“We are not going to express an interest on this. We are instead trying to focus our efforts on the 2023 FIFA World Cup‚” Mokoena told TimesLIVE.

“I will write to CAF to advise them that we will not express any interest to host this tournament.”

South Africa are one of seven bids to stage the global showpiece‚ which was a massive success in France this year as interest in women’s football is at an all-time high.

Argentina‚ Australia (possibly jointly with New Zealand)‚ Brazil‚ Colombia‚ Japan and South Korea (possibly with North Korea) are the other bids on the table‚ with the deadline to complete the registration December 13 this year.

Safa do not want to side-track the South African government from the 2023 process by now going to them for financial guarantees for the continental finals in 2020.

The host for the next World Cup is due to be announced by FIFA in May next year.

Standing in South Africa’s favour is the fact that the Women’s World Cup has never been staged on African soil and FIFA have made a massive push to uplift the game on the continent.

All infrastructure is also already in place with the stadia and facilities from the 2010 men’s World Cup there to be used.

One Safa insider did tell TimesLIVE though that if South Africa do not get the right to host the 2023 World Cup‚ they could move to host the 2022 Africa Women’s Cup of Nations.

That is because the tournament will serve as the qualifier for the 2023 World Cup and playing it on home soil could give Banyana Banyana a significant edge.