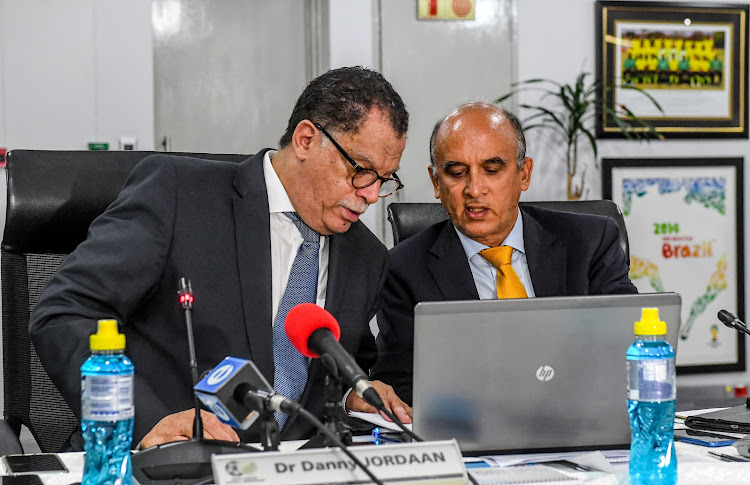 SA Football Association (Safa) president Danny Jordaan has played down comparisons between the performances of the Springboks and Bafana Bafana‚ pointing out that the sports cannot be compared in scale.

The Springboks won the Rugby World Cup for a third time on Saturday‚ beating England 32-12 in the final in Tokyo.

Jordaan played down any perception that this increases the pressure on South Africa’s often embattled national football team‚ Bafana‚ to perform.

“No – let us be realistic. How do you qualify for the World Cup for Rugby? You play. And if you play you are in‚” Jordaan said.

“The Springboks are in the World Cup because they play‚ There’s no qualification [for them].

“How does Bafana qualify?

"There are 54 [African] countries‚ you play off‚ and then the last 20 are grouped in five groups of four teams each‚ and the top team then goes to the final round.

“And then you play home and away and the 10 is reduced to five who go to the World Cup. So it is five out of 54 teams who qualify [from Africa] in football. In rugby it’s one out of one – you must qualify.

“In the World Cup for football there are 211 countries. Five go from 54 in Africa‚ in Asia four from 47. And that is just the nature of the sport. The one truly global sport is football.”

Bafana have won an Africa Cup of Nations‚ as hosts in 1996‚ and qualified for two World Cups on merit‚ and as hosts of another in 2010.

Rugby is played globally by about six million people (with about 2‚4 million registered players).

Football‚ according to Fifa‚ has 265 million players. That is 44 times more players playing football.

In rugby the top three finishers in each of the four pools qualify for the following 20-team World Cup (12 automatic qualifiers). The rest play qualifiers involving 93 countries.

The South Africa Football Association (Safa) announced on Tuesday morning that acting chief executive officer Russell Paul will be leaving to take a ...
Sport
2 years ago

The South African Football Association (Safa) have effectively told the Sports Minister to ‘get back in his box’ and say they will have nothing to do ...
Sport
2 years ago

Acting Safa CEO Russell Paul on his way out of Nasrec

The South African Football Association (Safa) are expected to announce early next week that acting CEO Russell Paul will be leaving to take a job ...
Sport
2 years ago