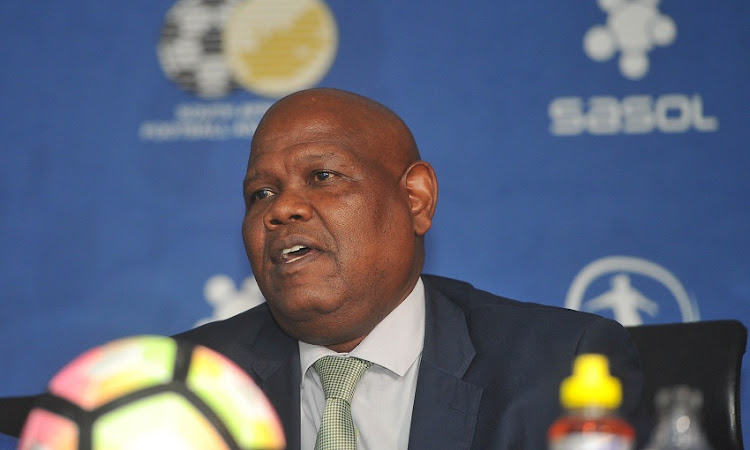 The South African Football Association (Safa) will propose a new subscription payment – a figure of perhaps R100 annually – for all its three million members to generate revenue for the cash-strapped soccer ruling body.

He said the subscription – which at a proposed R100‚ could generate R300-million annually – would run based on the MySafa.net digital database being compiled currently by Safa of its members.

“The big story‚ hopefully‚ if the congress approves it‚ will be that we want to introduce a subscription fee for our members‚” Mokoena said.

“We haven’t go any fixed numbers. But if we take an example that if our members could each subscribe on an annual basis for R100‚ this will generate almost R300-million annually.

“This could help us to move away from these sustainability issues that we face year-in‚ year-out.”

Mokoena said the subscription would come with benefits to members‚ such as access to financial services products‚ such as insurance and discounts on cellphone air time.

He said the subscription would apply to all Safa’s members‚ including players‚ coaches and administrators – including “Safa president Danny Jordaan”.

Mokoena had said a key reason for Safa’s huge loss posted has been the protracted negotiations with the cash-strapped South African Broadcasting Corporation (SABC)‚ which did not want to renew its R110-million broadcast agreement for home Bafana Bafana matches.

While the subscription plan is still only a proposal to be discussed‚ Mokoena said concrete measures for a “recovery plan” to bring Safa back into the black in the near-term future include:

• a four-year contract finally signed with the SABC‚ worth R50-million for the first year‚ but which can be increased depending on the broadcaster’s financial status improving;

• pooling of TV rights for national teams on the continent‚ which is expected to increase revenue for away matches;

• potential revenue that can be earned related to the new national women’s league;

• an additional sponsorship to be announced shortly for Banyana Banyana;

• an agreement with a soon-to-be-disclosed metro to host the Nelson Mandela Challenge match for three years;

• a sponsorship renewed with Energade;

Mokoena said Safa’s cost-cutting measures – including through in-sourcing and restrategising – of the past year‚ resolved on at their 2018 AGM‚ had resulted in overhead savings of about R80-million.