Kaizer Chiefs shoot down any link to signing Keagan Dolly 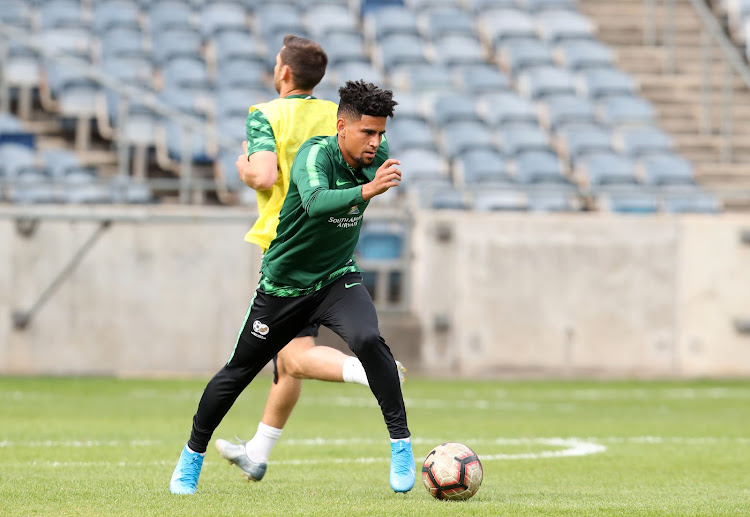 Keagan Dolly of South Africa during the 2019 International Friendly South Africa training at the Orlando Stadium, Soweto on the 05 September 2019.
Image: ©Muzi Ntombela/BackpagePix

Conjecture has been made on the future of Keagan Dolly at Montpellier HSC‚ where his time has been marred by injuries‚ but Kaizer Chiefs are adamant that grapevine information linking the winger to their club is purely “speculation”.

Chiefs’ communications manager Vina Maphosa told TimesLIVE on Saturday that it was understandable that a big-name player could be linked to the club‚ but said there was no truth to the story.

“From a Kaizer Chiefs point of view‚ we are in the window period for signings of players. This is a period when there is much speculation‚ and in that speculation Chiefs as a big football brand will be associated with big names‚” Maphosa said.

“Keagan Dolly is big name. And so to see his name linked to Kaizer Chiefs does not come as a surprise to us.

“Our policy has been and remains that if a player is signed and sealed we will not miss even an inch of time and opportunity to inform our supporters about it.”

French football websites have speculated on an exit for Dolly from Montpellier following an interview given by the club’s sports director‚ Bruno Carotti‚ to daily newspaper Midi Libre expressing sympathy for the player’s poor luck at the Ligue 1 team.

Carotti said that Montpellier were looking for solutions to Dolly’s lack of game time‚ which might suggest the team looking for a club where such a situation will be attainable.

“I am sad for him because he cannot express what we have seen‚” Carotti said. “He’s a talented boy. But there are these injuries‚ a bit of bad luck‚ issues with his selection‚ preparations he did not make‚ a transfer that dragged on.

“There is sadness for the player because we tell ourselves that there is nothing more beautiful than playing. When the guys are not playing‚ the job at that time is to find solutions and allow the player to bounce back.”

Chiefs officials approached for any background information said they had no knowledge of interest from their club in Dolly‚ and that they doubted such a transfer was on the cards.

Sundowns officials approached said they could not substantiate the story‚ and in any case‚ a potential move of Dolly to Chiefs was none of their business now the winger was no longer a Brazilians player.

Dolly’s time in Ligue 1 has been plagued by injury‚ and this season he has managed just six first team and two reserve side games for Montpellier.