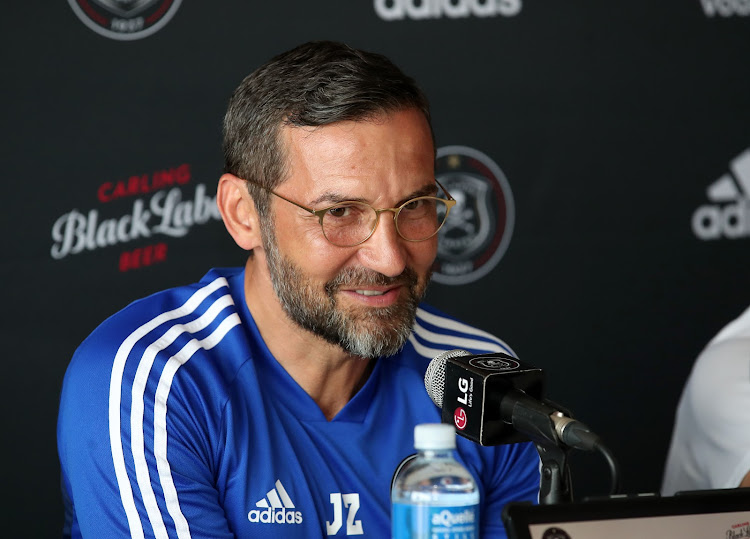 Josef Zinnbauer’s Egyptian representative who facilitated the contact between Orlando Pirates and their new coach has confirmed that the Buccaneers showed the initial interest‚ and approached the German to join their club.

William said he was approached by Pirates‚ who were interested in acquiring former Hamburger SV and St Gallen coach Zinnbauer’s services.

“Pirates found him by me as his agent‚” Williams said via WhatsApp message.

“He asked me before accepting the offer of Pirates.

"I informed him that Orlando Pirates is one of the biggest clubs in South Africa and informed him that the titles of the club included being the runners-up in the 2013 Caf Champions League and the 2015 Confederation Cup.

“He watched highlights of Pirates' games in the Caf Champions and Confederation when he was in Germany‚ in addition to some games of the current season when he arrived in Johannesburg [for contract negotiations].”

“He felt satisfied for this challenge.”

Kiiza played eight games without scoring for Stars in 2016-17‚ before moving back to Uganda‚ then on to clubs in Sudan and Ethiopia.

Among coaching deals he said he has helped facilitate was for French/Tunisian Tarek Jarraya to join Lebanese top-flight club Salam Zgharta in 2016.

William said he tried to negotiate for Swiss Raoul Savoy and Serbian Goran Stevanovic to coach the Sierra Leone national team‚ and for Czech Jozef Chovanec and Croatian Zlatko Kranjcar to join Guinea‚ but these deals never materialised.