Safa and PSL to meet on Monday on return of football 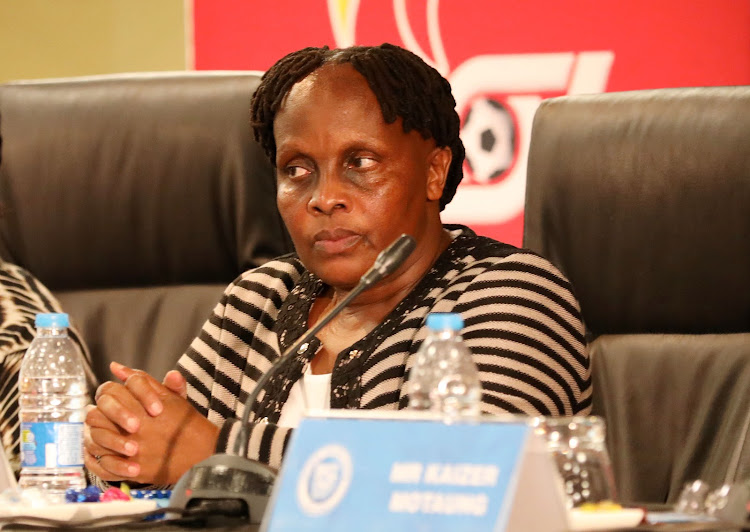 The South African Football Association (Safa) and Premier Soccer League will meet on Monday again to iron out issues surrounding the return to play of professional football.

Safa acting CEO Tebogo Motlanthe said the mother body and its professional special member had a meeting on Friday, and decided to reconvene on Monday.

A Safa statement said that the association’s delegation on Friday “comprised of the CEO [Motlanthe] and Compliance Officers while NSL was represented by the Acting CEO [Mato Madlala]”.

Motlanthe was quoted as saying: “We had a very cooperative and cordial meeting and we mutually agreed to have a follow-up meeting on Monday to deliberate issues with regards to return to training and play.

“The Association has never been against the resumption of football but we have always emphasised the need to do so under a safe environment and in line with the JLC compliance resolutions.”

According to Safa’s statement: “On Monday meeting, the Association will bring the Head of Referees [Tenda Masikhwa] to expound on matters of testing and training of the match officials.”

The PSL held a Board of Governors meeting on Thursday where TimesLIVE is informed Gauteng was discussed as the venue for the single-city biologically safe environment (BSE) where the 2019-20 Premiership and Nedbank Cup will be completed. The coming weekend was discussed as a kickoff.

PSL chairman Irvin Khoza also has a virtual press conference scheduled for Monday at noon, to be broadcast live on SuperSport.

Safa, as the mother body, must ultimately communicate the plan for a return to play to global ruling body Fifa.

The association must also approve the plan, as directed by Sports Minister Nathi Mthethwa.

Safa and the PSL, often at odds to one another, have endured a prickly negotiation towards the plan for a return to play. This week it was revealed the PSL gave the go-ahead for its clubs to return to training without seeking Safa oversight and approval.

The Premier Soccer League (PSL) and the SA Football Association (Safa) will be held liable for claims for damages or negligence that may occur as a ...
Sport
1 year ago

The Premier Soccer League (PSL) has proposed Gauteng as the venue for the ‘bio-bubble’ camp for closed-doors matches to complete the 2019-20 Absa ...
Sport
1 year ago

A senior official in the North West department of arts‚ culture and sport says the province is ready to host the remaining Premier Soccer League ...
Sport
2 years ago