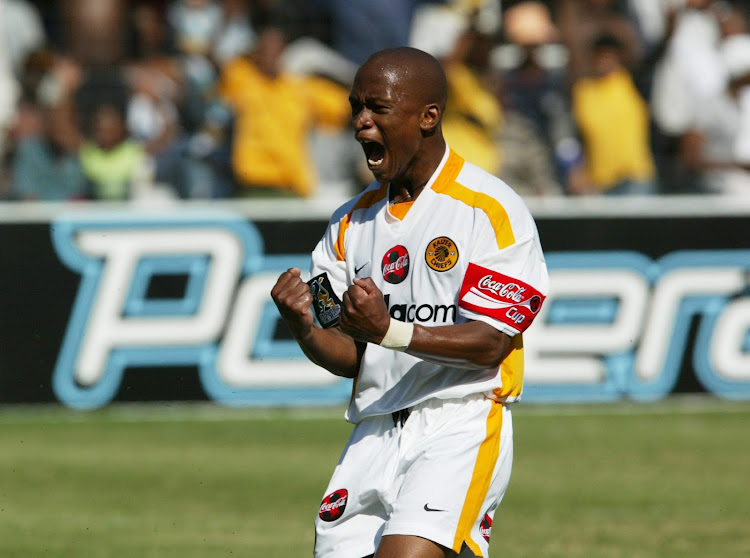 A file photo of Lucky Maselesele celebrating after scoring a goal during a Coca-Cola Cup match between Kaizer and Lamontville Golden Arrows in Durban in November 2002.
Image: Gallo Images

Former Kaizer Chiefs striker Lucky Maselesele has pleaded with budding players to learn from his mistakes and take their careers seriously.

The now 40-year-old Maselesele admitted that he made numerous costly "mistakes" during his career‚ including becoming the first Premier Soccer League player to test positive for cocaine during his playing days.

"Learn from me. I made those mistakes. I come from this school [School Of Excellence] and I didn't lead by example. Learn from me‚" he said.

"It's important to know where you're going. Once you leave school you don't have the backing of your friends. You need to have focus."

The remorseful former player told learners at the School Of Excellence that he could have made wiser decisions had he been mentored properly.

Mamelodi Sundowns are picking up "lots of injuries" as the Premier Soccer League (PSL) scrambles towards an uncertain kickoff date for a return to ...
Sport
1 year ago

"I played overseas‚ I got involved in drugs. I lived the good life. I wish I had better guidance‚" he said.

"I wish I made wiser choices. I tested positive for cocaine. I thought I had arrived.

"I was the first player to test positive for cocaine in SA (and) I'm not proud to say that."

"Listen to my story‚ after the two-year layoff. I tried to play everywhere‚ I tried to revive my career‚ now I had a stigma."

Malefane said when he started playing he couldn’t speak English properly but remained optimistic that one day his hard work would pay off.

"I spent seven years at this school. Education is key. I started when I was 11 and left at 18‚" said Malefane.

"I could not speak English well. I kept persevering and knew I would get my chance.

"I worked hard at school‚ I believed education would take me further. I know those who studied are standing today."

The 38-year-old said many footballers forget about the basics when they start to enjoy the trappings of luxury that come with a fat pay cheque.

"When money flows we start forgetting about the basics‚ like keep learning. I had money‚ I had the girls‚ life was good. I did all the wrong things.

"I was popular. I even got the girls that (would ordinarily not) look twice at me. I forgot about all else. Then injury set in.

"When injury hits‚ you don't know if you'll come back the same person‚ or if you will come back. Always have #education as a nest egg. To fall back on.

"Educate yourself for you and your family. Don't leave them hungry‚ in the lurch. Educate‚ so that you can always provide for them."

Stellenbosch FC coach Steve Barker says while his team cannot expect to be 100 percent ready for a still uncertain kickoff date of a return of the ...
Sport
1 year ago

Arsenal will still be able to attract top players to the club even if they do not secure European football next season, manager Mikel Arteta has said.
Sport
1 year ago

Leeds United have only reached 'base camp' after securing promotion to the Premier League and their vision is to return to the Uefa Champions League ...
Sport
1 year ago