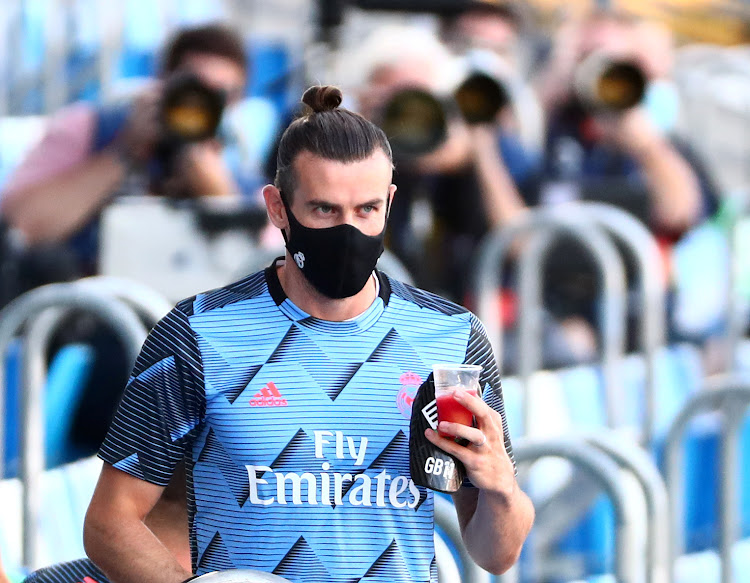 Real Madrid forward Gareth Bale is not leaving the club even though he has not been featuring regularly for the La Liga champions in recent weeks, according to his agent Jonathan Barnett.

Despite winning four Uefa Champions League titles with Real, Bale divides opinion because of a perceived lack of commitment and a poor injury record.

He seemed set for a move to Chinese club Jiangsu Suning last year before the deal fell through.

The Welshman, who has scored more than 100 goals for the club, infuriated Real fans as he joked about falling asleep with a protective face mask over his eyes while watching the team's recent 2-0 win over Alaves in Madrid from the stands.

"Gareth's fine. He has two years left on his contract. He likes living in Madrid and he's going nowhere," Barnett told the BBC.

"He is still as good as anyone else in the team," Barnett said, adding that Bale's place in the team was up to manager Zinedine Zidane.

"Of course, there's been interest but there's hardly a club in the world which can afford him. It's a great loss that he's not in the Real Madrid team at the moment but he'll not leave.

"Gareth is not looking to outlast Zidane. Zidane has been very successful. There's no hatred. Zidane just does not want to play him. Gareth trains every day and he trains well."

Barnett said that Bale was keen to represent Wales at next year's European Championship, but ruled out a loan switch to another club for regular game time to remain match fit.

"He always wants to play well for Wales," Barnett said.

Maritzburg United and Highlands Park say they were ready as early as Sunday July 12 to send their teams to the biological safe environment (BSE) that ...
Sport
8 months ago

Former Kaizer Chiefs striker Lucky Maselesele has pleaded with budding players to learn from his mistakes and take their careers seriously.
Sport
8 months ago

Mamelodi Sundowns are picking up "lots of injuries" as the Premier Soccer League (PSL) scrambles towards an uncertain kickoff date for a return to ...
Sport
9 months ago
Next Article