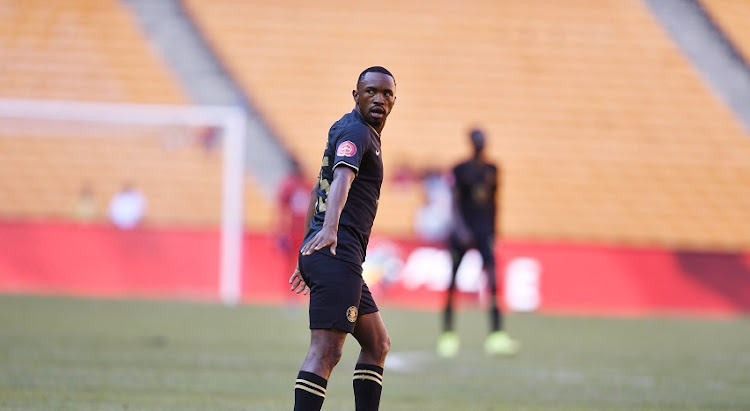 Kaizer Chiefs’ 34-year-old veteran Bernard Parker says he understands why he’s not a fan favourite‚ but adds that it is not his “muthi” that sees the coaches who come and go at Amakhosi continue to admire and pick him.

The ex-Bafana Bafana forward‚ despite noticeably slowing as he progresses into his mid-30s‚ was a favourite of last season’s coach Ernst Middendorp as he steered a previously underachieving Chiefs on an improbable run to runners-up.

Amakhosi were painfully pipped to the post on the final day by Mamelodi Sundowns. It is Chiefs and Downs who open the 2020-21 DStv Premiership in an absorbing matchup at FNB Stadium on Saturday.

Parker’s start in Chiefs’ season opener - helping his team to a 2-1 MTN8 quarterfinal victory against Maritzburg United on Sunday - confirms new coach Gavin Hunt’s long-professed admiration for the once Dutch and Serbian-based player too.

Former Bafana Bafana striker Siyabonga “Bhele” Nomvethe is not planning to hang up his boots yet, despite the fact that he is approaching the age of ...
Sport
7 months ago

The forward was asked about the stick and scapegoating he can receive from the supporters.

I’ve got Kaizer Chiefs in my blood and my main thing is to give 100% for every game.

“I’ve always put a lot of value into the team with my work-rate‚ my versatility‚ intelligence‚ and everything I give to the team. Even though most of the people don’t see that.

“And people who know the game‚ know football, coaches at a decent level‚ experienced coaches, my past and present coaches — they can identify quality between players and who adds more value as well.

“I’m a seasoned campaigner. I’m a serious guy — I take my work seriously.

“I focus on the positives more than the negatives. I don’t read comments and other stuff. I focus on me every day and how I can do the best for the team and the club.

“And also filtering down and helping youngsters at the club — the likes of [Dumisani] Zuma — helping them to come through and to do best and take over.

Kaizer Chiefs coach Gavin Hunt says‚ if anything‚ the arrival of Steve Komphela to make for a coaching trio at Mamelodi Sundowns with Manqoba ...
Sport
7 months ago

“The coaches believe that we have to compete among each other for us to give as much value as we can to help the team win and improve. And it’s by no mistake or favour or muthi — as I’ve heard‚ that my muthi is strong [that Parker plays].

“It is what it is. I’ve got Kaizer Chiefs in my blood and my main thing is to give 100% for every game.”

Even as a fan of Parker‚ Hunt might consider managing the player better than he at times has been.

At 34‚ the supporters are not wrong that Parker’s legs have looked heavier getting around the field. He has to use shrewdness rather than pace to beat players now‚ or better yet‚ to be in the right place to receive the ball where he can make a difference.

His zero goals in 19 league matches last season do show the one-time goal poacher is now very much more a provider. Unless he discovers a second wind from somewhere‚ that is likely to remain the case in 2020-21.

But there are probably also ways to bring back some of the spark to Parker’s game‚ too.

Hunt’s predecessors perhaps made the mistake of starting the veteran in too many games in a row. At his age he probably needs to be used more sparingly — perhaps starting two games‚ playing two as a substitute‚ then resting‚ and repeat. Then Parker certainly might have even more to offer‚ because his intelligence as a footballer is not in doubt.

Bloemfontein Celtic were rocked by a positive Covid-19 case on the eve of their match against Mamelodi Sundowns in Atteridgeville last weekend.
Sport
7 months ago

Safa president Danny Jordaan: 'At the moment referees receive about R24,000 a month'