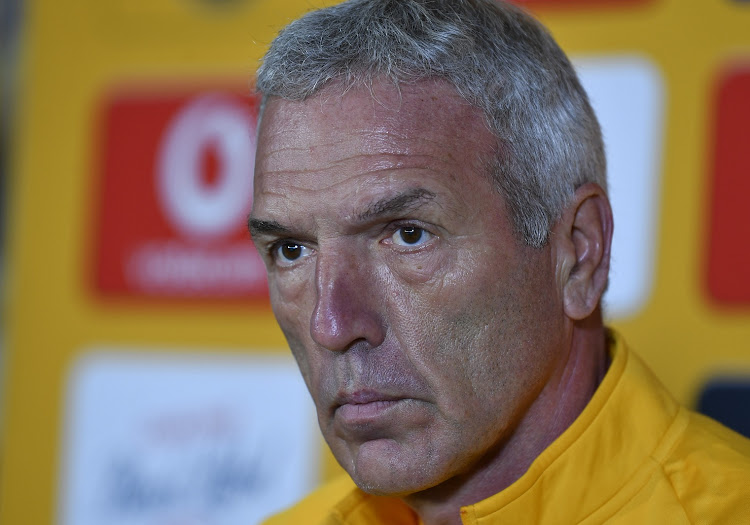 Former Kaizer Chiefs coach Ernst Middendorp has joined Saint George SC in Ethiopia, with his new club having attracted the 61-year-old with the offer of “an exciting project”, his agent said.

On the back of a season for Chiefs where Amakhosi were painfully pipped to the post on the final day by Mamelodi Sundowns having led the Premiership for almost the entire campaign, Middendorp has not waited long for a job.

He joins the former club of ex-Orlando Pirates and current Zambia coach Milutin Sredojevic in Addis Ababa, a team founded in 1935 and who have won 29 Ethiopian league titles since.

“The reason he’s gone to Saint George is because it’s an exciting project. It’s a project where he’s got a lot of work to do from the academy right through to the first team,” Mitchell said on Saturday morning.

“Ernst loves an adventure, and he’s not somebody who can sit at home and not work. So he decided he’d take this job on and go straight back into it.

“They’ve got him there for his experience and being able to reshape a club from top to bottom, and that’s what Ernst is good at.

“And so far he’s enjoying his time. But there’s a lot of work to do and he’s quite excited by that.”

Saint George led the 16-team Ethiopian Premier League with 12 matches played before the 2019-20 season was annulled due to the Covid-19 pandemic.

Mitchell said Middendorp had a few options available for his next move after Chiefs opted to not continue with the coach, and hire former Bidvest Wits boss Gavin Hunt.

“There was always interest in Ernst, locally and even abroad, in Europe and stuff,” Mitchell said.

“He was approached on this opportunity – they approached him. They were very serious and they sold him the project, and he decided to give it a go.”

Chiefs, having led the 2019-20 Absa Premiership virtually from start to end, and having a 13-point gap over Sundowns in December, capitulated on the final day when they drew 1-1 against Baroka FC. Downs snuck in for the title with a 3-0 win against Black Leopards in the Covid-19-affected season that ended in a bio-bubble in early September.

Kaizer Chiefs’ 34-year-old veteran Bernard Parker says he understands why he’s not a fan favourite‚ but adds that it is not his “muthi” that sees the ...
Sport
1 year ago

Chiefs coach Gavin Hunt: 'I work on a basis that the transfer ban is not going to be uplifted'

Kaizer Chiefs coach Gavin Hunt has admitted that even if Amakhosi overturn their signings ban this transfer window they will have been behind the ...
Sport
1 year ago

The first DStv Premiership season to carry that sponsorship title will kick off with a bang next Saturday‚ October 24‚ with the marquee match-up ...
Sport
1 year ago