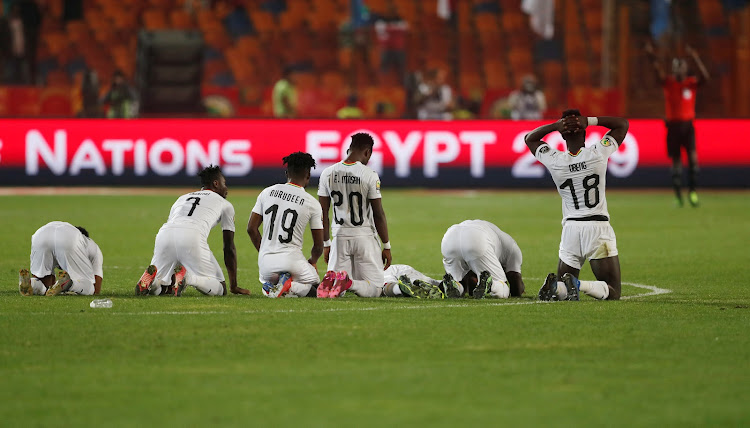 A player on Ghana's Under-24 team has tested positive for the novel coronavirus after arriving in Japan for a friendly match, the Japan Football Association (JFA) said on Thursday.

The player had been isolated from the rest of the squad and staff, who are themselves isolated at a designated facility, the JFA said in a statement.

The news comes just two days after the JFA cancelled a friendly match against Jamaica as 10 of their players were unable to board a flight to Japan due to coronavirus testing issues.

Japan is battling a fourth wave of the virus just 50 days before the scheduled start of the 2020 Tokyo Olympic Games, with Tokyo and other regions under a state of emergency until June 20.

The Ghana team arrived late on Wednesday for the friendly against Japan's U24 team in the southern city of Fukuoka.

The team would need health clearance before the match can go ahead as planned on Saturday, the JFA said, adding that it would provide an update when more information was available.

The Ghana squad had left their destination with proof of negative Covid-19 tests within 72 hours of their departure as mandated, the JFA said.

Champions Mamelodi Sundowns have set the record as the first team in the Premier Soccer League (PSL) era to go the entire season without an away ...
Sport
7 months ago

Gavin Hunt’s statistics as coach of Kaizer Chiefs will make for some sorry reading when his tenure is analysed and reminisced on in future.
Sport
7 months ago

Black Leopards relegated after away defeat to Cape Town City

Black Leopards were relegated for the third time from the top flight of South African football after losing 3-1 to Cape Town City in a penultimate ...
Sport
7 months ago

Lebogang Manyama smacked a stunning hat-trick as Kaizer Chiefs displayed fight that had been sorely lacking in the 2020-21 DStv Premiership edging ...
Sport
7 months ago

The desperate scrap for the Premiership runner-up spot was decided in the penultimate round of the season after AmaZulu beat Swallows FC 1-0 to claim ...
Sport
7 months ago