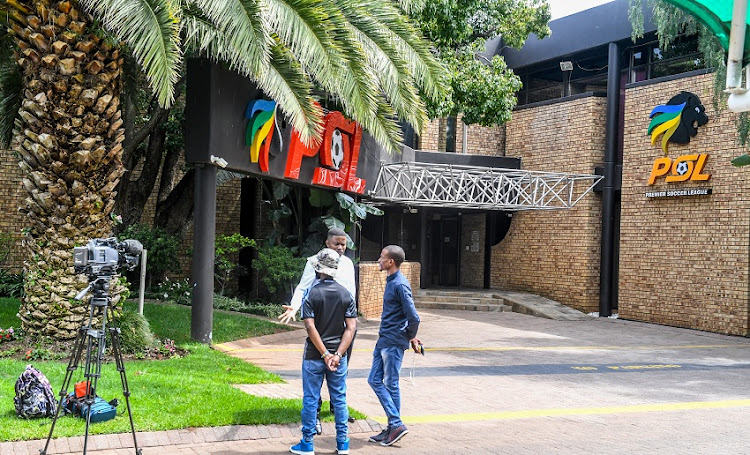 The promotion-relegation court saga is set to continue as Royal AM have vowed to appeal the matter at the Supreme Court, leaving the Premier Soccer League (PSL) unable to proceed with the playoffs. File photo
Image: Sydney Seshibedi/Gallo Images

The GladAfrica Championship promotion-relegation court saga, which has taken the Premier Soccer League (PSL) more than a month to resolve, is far from over.

This is despite Gauteng High Court deputy judge president Roland Sutherland’s order on Friday night that dismissed Royal AM’s application to have his initial order, which he gave last week on Saturday, reviewed in the Supreme Court of Appeal.

Immediately after Sutherland’s order on Friday night, the law firm representing Royal AM, Mabuza Attorneys, issued a notification letter to the PSL, indicating they will now appeal against Sutherland’s order via section 17(2)(b) of the Superior Courts Act . Section 17(2)(b) allows an aggrieved client to take a matter to the higher court even if a lower court dismissed their application for leave to appeal.

Royal Am are still of the view that the Supreme Court of Appeal can grant them what they want.

“As indicated during the hearing [on Friday] of the application for leave to appeal heard before his Lordship Justice Sutherland DJP), and in view of the outcome thereof, we hold instructions to lodge an application for leave to appeal to the Supreme Court of Appeal alternatively the full bench in terms of section 17(2)(b) of the Superior Courts Act 10 of 2013,” Mabuza Attorneys wrote to the league on Friday night.

They added in point number three in their letter that: “As you will recall the order of His Lordship Justice Nyathi AJ granted Royal AM an interim order to the effect that pending the final determination for leave to appeal the commencement of the 2021 GladAfrica promotion/relegation playoffs is suspended.”

Royal AM have once again succeeded in stopping the start of the premiership play-offs after the Premier Soccer League grudgingly acceded to the ...
Sport
1 year ago

The PSL, which has already run against time to stage the playoffs, is yet to publicly respond to the Royal AM letter.

Granting the league some form of reprieve on Friday, Sutherland dismissed Royal AM’s application, saying: “In my view the application for leave to appeal must be dismissed.

Sutherland’s order last Saturday made Sekhukhune winners of the GladAfrica Championship‚ gaining automatic promotion to the Premier Division‚ which bumped Royal AM down to the playoffs.

Royal AM, however, succeeded twice this week to halt the start of the promotion/relegation playoffs after the PSL grudgingly acceded to the Durban club’s demand that playoffs, which were to kick off in Gqeberha on Thursday, be postponed.

After Sutherland’s order last Saturday, the PSL had issued playoffs fixtures that indicated that Royal AM had to travel to play Richards Bay United in the first match on Tuesday. That match was, however, postponed after acting judge AJ Nyathi of the Gauteng High Court approved an interdict sought by Royal AM on Monday night.

In concluding their latest letter to the PSL, Royal AM said: “To the extent that your counsel made reference to ‘tomorrow’s [Saturday] playoff game” or words to that effect it should therefore be plain that any indulgence in such ‘a game’ will not only be futile but constitutes contempt of court as more fully explained in our letter dated June 16 2021.”

While some users called for both Royal AM and Sekhukhune United to be promoted, others were just worried about their bet slips.
Sport
1 year ago

Chippa United and Richards Bay FC have been instructed by the Premier Soccer League that they are to play the first match of the 2020-21 ...
Sport
1 year ago

The start of the Premier Soccer League's relegation/promotion playoffs on Tuesday and the coming DStv premiership season are under threat after lower ...
Sport
1 year ago