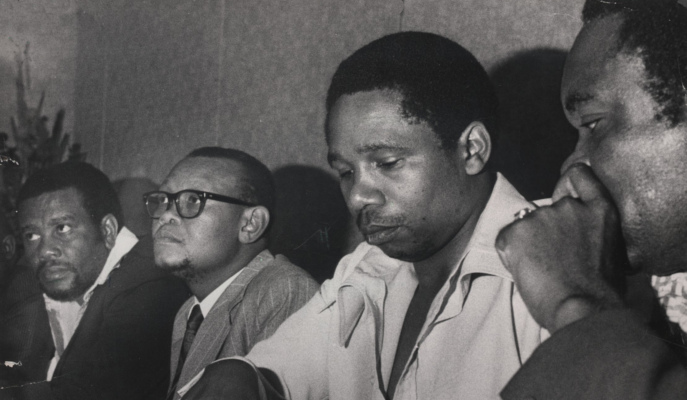 Kaizer Chiefs chairman Kaizer Motaung has said that Cyril Kobus‚ who died this week‚ “played a key role in the development of football in our country”.

PAC mourns Cyril Kobus
Kobus made his contribution to the struggle via several acts of support, including helping with the exhumation and reburial of the body of BCMA student leader Tsietsi Mashinini . This noble act he undertook along with the former NSL Manager Abdul Bhamjee pic.twitter.com/VrqlBFtpno

Motaung said Kobus “was instrumental in his role during the formation of the National Soccer League in 1985”.

“I got to know Mr Kobus during our days as youngsters – I played for Orlando Pirates and he was with City Blacks‚” Motaung said in a statement.

“We also went to the same school‚ Orlando West High in Soweto. Mr Kobus was an intelligent man who always enjoyed the use of big words in discussions.

“No doubt Mr Kobus played a key role in the development of football in our country. His name is cast in stone in the history books of our football.

“I wish to express my heartfelt condolences to the bereaved family and friends. I trust they will find solace by reading from Psalms 46:1 which says: ‘God is our refuge and strength‚ a very present help in trouble’.”

Motaung and Orlando Pirates owner Irvin Khoza used the NSL as a springboard to setting up the even more professional Premier Soccer League (PSL) in 1996.

Khoza‚ chairman of the PSL‚ said in a statement: “We learnt of the passing of one of the brain trusts in the formation of the National Soccer League in 1985‚ Mr Cyril Kobus.

“It happened six months after the demise of Mr Abdul Bhamjee. As the PSL‚ we extend our condolences to the son‚ Mr Mxolisi Kobus and the rest of the immediate and extended Kobus family.

“The football fraternity is poorer with the loss of such mammoth institutional memory. Quoting the East African saying ‘when the elder dies‚ the library burns down’. May his soul repose peacefully.”

☠ @orlandopirates is saddened by the passing of Mr. Cyril Kobus. For the extended OPFC family, we convey our heartfelt and deepest sympathy to the Mxolisi and Kobus family. The football fraternity is poorer with the loss of such mammoth institutional memory.
⚫⚪🔴⭐#OnceAlways pic.twitter.com/KeGGdzL7Se

The Pan Africanist Congress (PAC) tweeted on its official MyPACOnline Twitter account that: “Kobus made his contribution to the struggle via several acts of support‚ including helping with the exhumation and reburial of the body of student leader Tsietsi Mashinini. This noble act he undertook along with the former NSL Manager Abdul Bhamjee.”

“We have lost yet another trusted servant of the game and without Cyril Kobus we are all poorer‚” Jordaan said.

“To the late Kobus’ immediate family and friends‚ I would like to extend my heartfelt condolences and that of the football family. May his soul rest in peace.”

Ukraine coach Andriy Shevchenko said his team would not be intimidated by England's 2-0 win over Germany at Wembley in their Euro 2020 last-16 clash ...
Sport
3 months ago

Sterling praises England collective after knocking Germany out of Euros

Raheem Sterling hailed England’s superb collective display as they reached the European Championship quarterfinal with a 2-0 win over rivals Germany ...
Sport
3 months ago